Georgia to host Middle Tennessee in 2018

Georgia to host Middle Tennessee in 2018 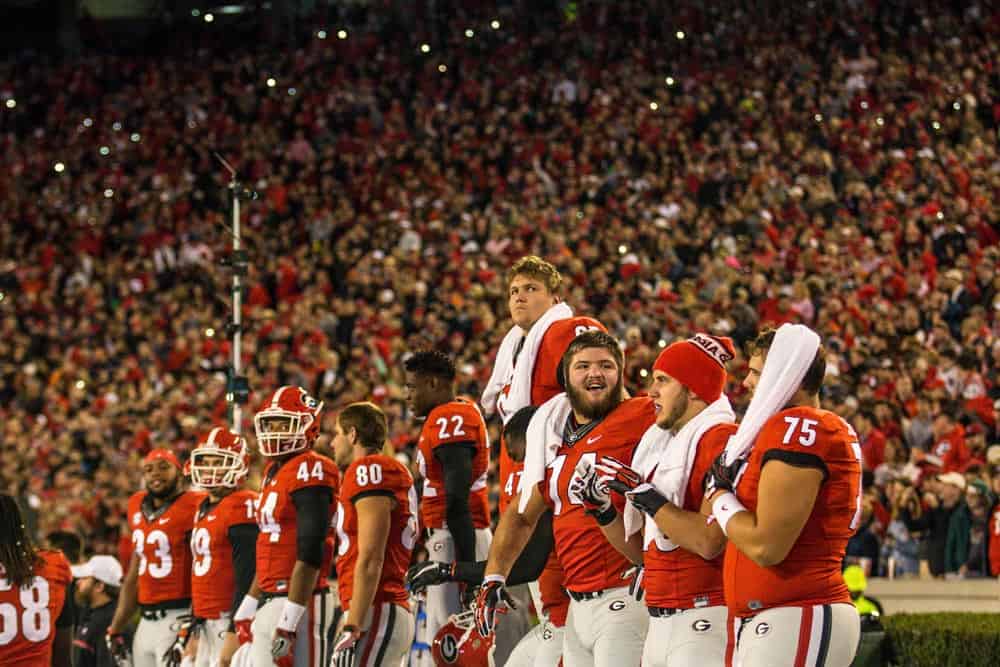 The Georgia Bulldogs will host the Middle Tennessee Blue Raiders in 2018, according to an announcement by the school on Wednesday.

Georgia will welcome Middle Tennessee to Sanford Stadium in Athens on Sept. 15, 2018. The game will be only the second-ever meeting between the two schools following a 29-10 UGA win in Athens in 2003.

Middle Tennessee is a member of Conference USA. They are currently 8-4 this season and will take on Hawaii in the Hawaii Bowl on Christmas Eve.

The addition of Middle Tennessee gives Georgia their fourth and final non-conference opponent for the 2018 season, barring a schedule change.

In 2015, the Blue Raiders finished 7-6 overall but fell to Western Michigan 45-31 in the Popeyes Bahamas Bowl.

In SEC play in 2018, Georgia is scheduled to host Auburn, Florida (in Jacksonville), Tennessee, and Vanderbilt and travel to Kentucky, LSU, Missouri, and South Carolina.