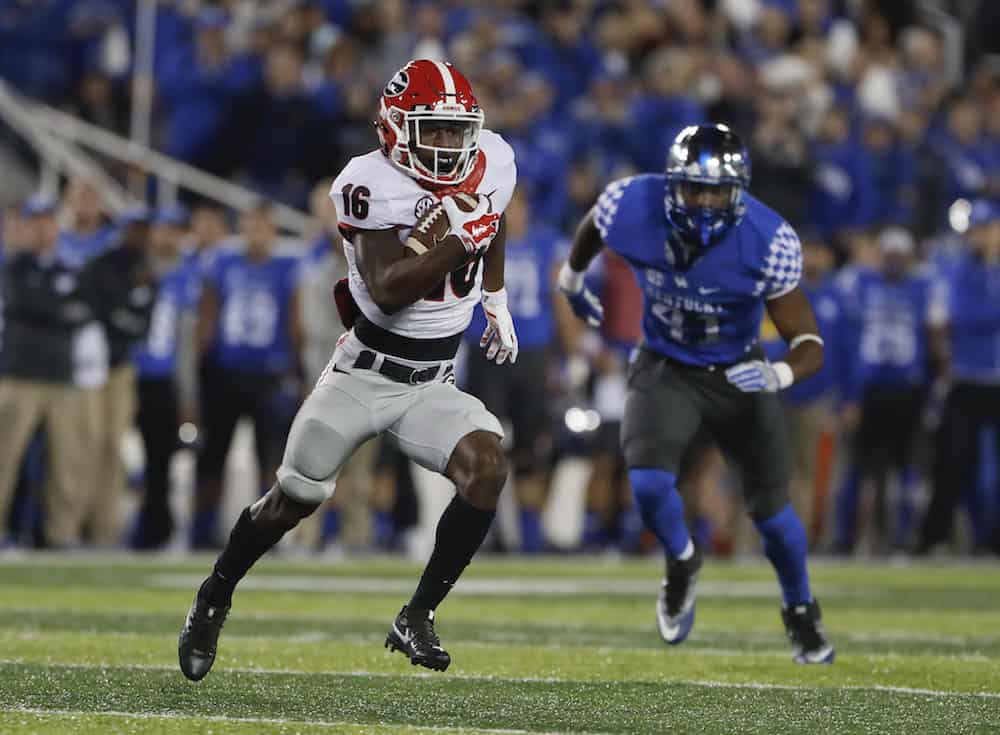 There were times when it looked as if Georgia was down-and-out, but their final drive capped off by a 25-yard field goal conversion from place-kicker Rodrigo Blankenship, his fourth of the night. The Bulldogs escape out of Commonwealth Stadium with a 27-24 win over Kentucky.

As Georgia ended its two-game skid and becomes one-game closer to bowl eligibility, many things stood out throughout Saturday’s contest.

Javon Wims: Quarterback Jacob Eason began to target junior wide receiver Javon Wims more as the season progressed, and he was the Bulldogs’ only passing hope against Kentucky on Saturday. Wims was targeted ten times, with collecting five receptions for 90 yards

Running duos: The expectation was that both running back corps would be strong on Saturday, which was definitely the case. Kentucky and Georgia have the two best duos in the conference as Nick Chubb and Sony Michel finished with 212 total yards, topping the Wildcats’ duo of Benjamin Snell and Boom Williams by 31 yards. These two duos were the offensive forces for each team, living up to the hype.

Jordan Jones: Georgia had defensive blunders throughout Saturday’s game as the Bulldogs totaled three fumbles. One of the driving forces for the opposition was Kentucky sophomore linebacker Jordan Jones, totaling ten total tackles, 2.5 tackles for loss and a forced fumble.

The final 75-yard drive for Georgia was what drove the Bulldogs to victory. Eason was on target to his receivers, meanwhile Chubb and Michel set-up Blankenship nicely for his field goal conversion.

Georgia returns home for a three-game homestand to conclude the regular season. Auburn will head to Sanford Stadium for the “Deep South’s Oldest Rivalry,” and the game will take place at 3:30p.m. and will be televised on CBS.