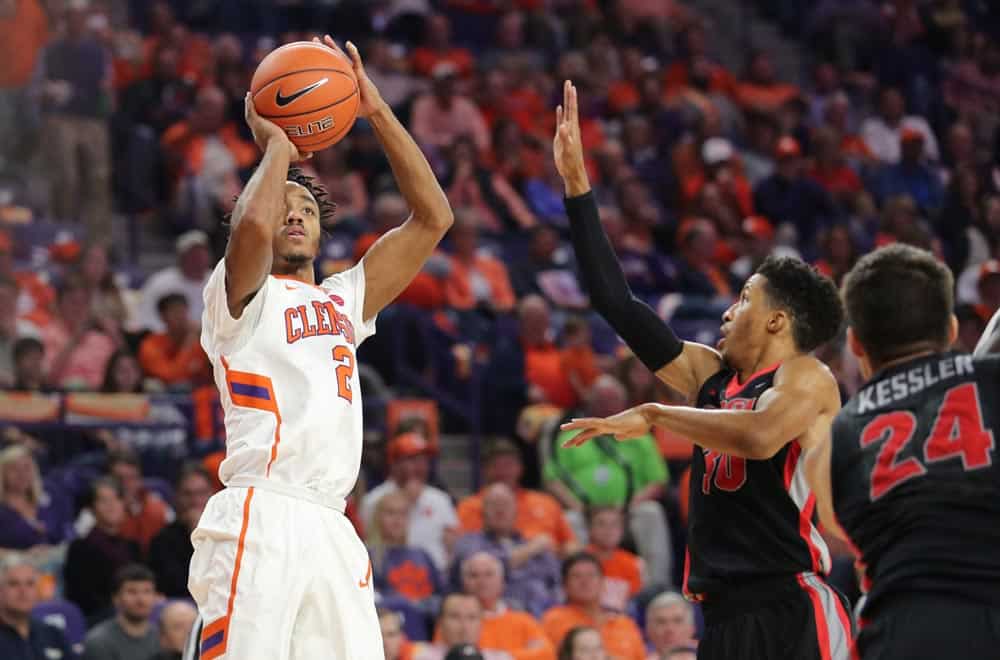 The Tigers controlled the game from the opening tipoff as they held the lead for the duration of the game and staved off all of Georgia’s attempts to get within striking distance of Clemson’s lead.

Maten scored the first points of the Bulldogs’ 2016-17 campaign as he drained a three-pointer at the 16:54 mark in the first half. Clemson steadily increased their lead early and were ahead 18-9 midway through the first half.

The Tigers led by as many as 14 points in the first half but the Bulldogs cut their deficit to 10 at 40-30 to conclude the first half. Maten led the Bulldogs in scoring with 10 points while also grabbing team-high six rebounds in the first 20 minutes. Sophomore forward Derek Ogbeide shot 4-for-4 from the floor and added a free throw for nine points.

Redshirt junior Juwan Parker scored the Bulldogs’ opening bucket in the second half and he added his second score on an offensive rebound and put back to bring the Bulldogs within seven points at 47-40 with 13:21 on the clock. The Georgia guard made his return to the court after missing last season with an Achilles injury.

Moments later, Georgia’s sophomore guard William Jackson II sank back-to-back three pointers to narrow the Tigers’ lead to 51-48. However, that was the closest Georgia got as Clemson then went on an 11-2 scoring run to strengthen its lead back to 13 points with a little under eight minutes left to play in the game.

The Bulldogs shot 43-percent from the floor compared to Clemson’s 44-percent shooting performance. Georgia outrebounded the Tigers 40-34 but lost the turnover battle 14-8.