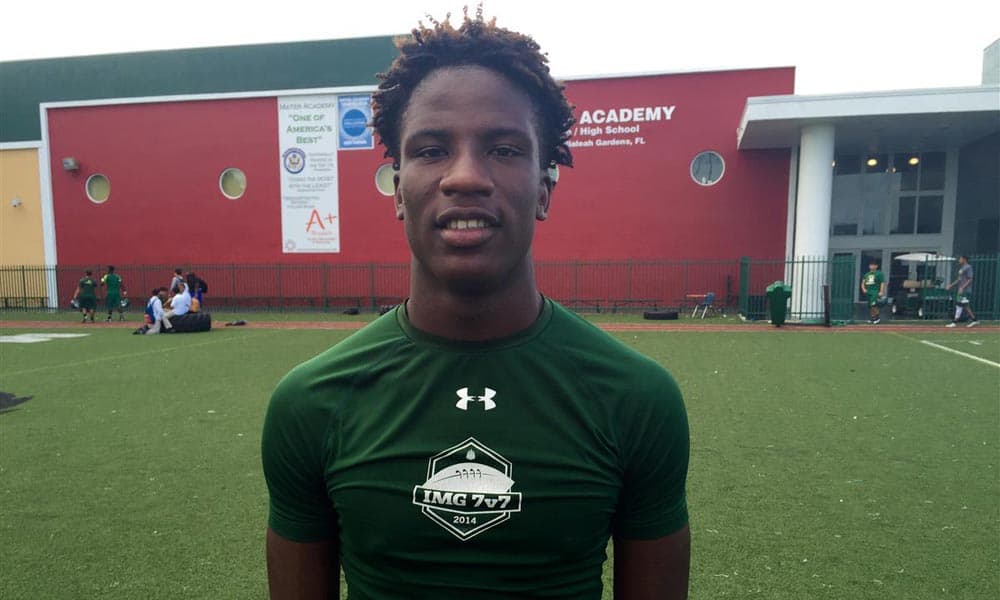 Georgia has lost another player that had given a pledge to the program for the class of 2017.

Latavious Brini, a defensive back out of Mater Charter Academy in Hialeah, Florida, announced on Thursday via his personal Twitter account that he has chosen to re-open his recruiting.

Brini is considered a four-star prospect, according to the 247Sports.com composite. He’s the 33rd-overall cornerback in the nation and the 41st-overall recruit in the state of Florida.

It may have been evident that Brini would renounce his commitment from Georgia as he displayed interest in Florida, Miami and other schools closer to his hometown. Brini previously said in August, just three weeks after giving the pledge to Kirby Smart’s program, that he was “85 percent” committed to the Bulldogs.

“I’m also looking at Miami, South Florida, Florida and Florida Atlantic,” Brini said. “The interest is low, but playing at home is attractive (being out of Hialeah, Fla.).”

Georgia loses an important piece of the puzzle in Brini, and his position coach at Mater Charter Academy discussed what he could bring at the college level, just soon after his Georgia commitment.

“He’s very good playing press man coverage,” Pond said. “Also, he’s very long and rangy, which allows him to cover a lot of ground in zone coverage as well. (One of his best performances was) last year in the playoffs against St. Thomas Aquinas, he held (Ohio State commit) Trevon Grimes, one of the top wide receivers in the 2017 class to zero catches.”

Brini is Georgia’s second decommitment in the past six weeks as four-star linebacker Breon Dixon joined the Florida native as two previously pledged Bulldogs to re-open their options.

Georgia is now down to 15 committed prospects for the class of 2017, with five-star Richard LeCounte III and four-star William Poole III as highly-regarded defensive backs still slated to head to Athens.