Smart: Jacob Eason to remain starter "if he continues to practice well"

Smart: Jacob Eason to remain starter “if he continues to practice well” 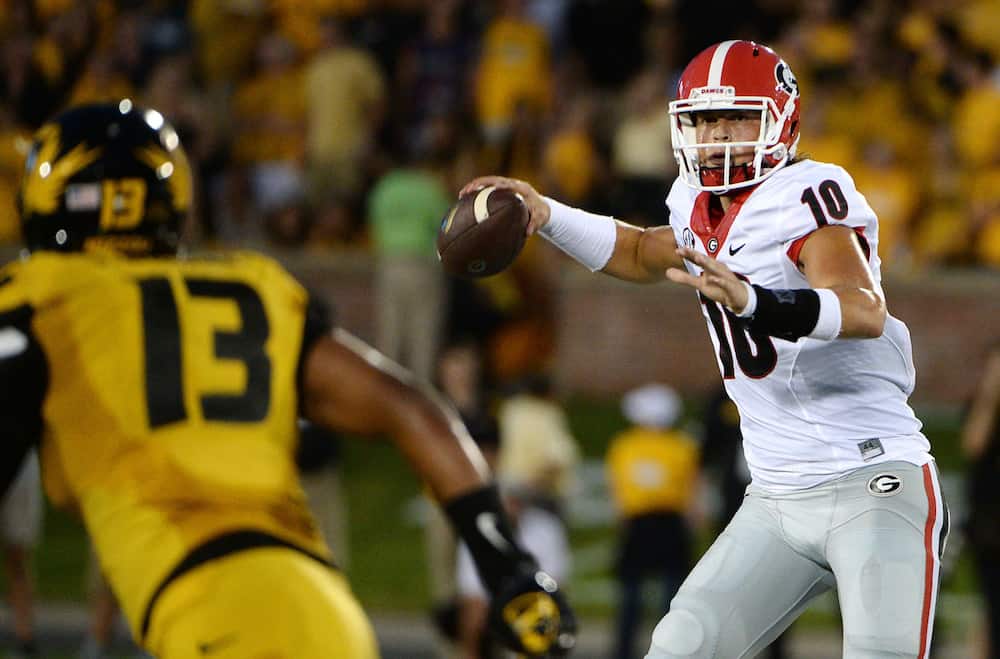 Georgia head coach Kirby Smart may have put the quarterback controversy to rest in his Monday press conference.

Jacob Eason, the fan-favorite at quarterback, will continue to be Georgia’s starting quarterback as long as no setbacks in his development occur during the week of preparation. The media has been persistent in pressing for a permanent starter to be named, and Smart has been mum on the situation for quite some time, until now.

“Jacob’s going to be able to start our game, if he has a good week of practice,” Smart said. “That’s the plan going forward, if he continues to practice well, then he’ll be the starter.”

Eason threw for 308 yards on 29 completions, with three touchdowns and only one interception in Georgia’s 28-27 victory over Missouri in the conference opener.

Smart has voiced his pleasure in Eason’s performances as he has made a significant appearance in each of Georgia’s three games, and it seems as if the coaching staff is beginning to trust him with the responsibility behind center. Greyson Lambert, the graduate transfer quarterback, looks to have taken a back seat to the former five-star recruit. Lambert has been beneficial to the quarterback group this season however, supporting Eason frequently on the sidelines and throughout practice.

Georgia quarterbacks coach Jim Chaney has been integral in Eason’s development, spending a significant amount of time with Eason, teaching him the ropes throughout game action. Smart will look for his development to continue, and the freshman will continue to be rewarded with more action.

“Jacob has improved every game and that’s what we want him to continue to do,” Smart said. “He’s done a good job to this point and he has to stay in that mindset of executing our offense.”