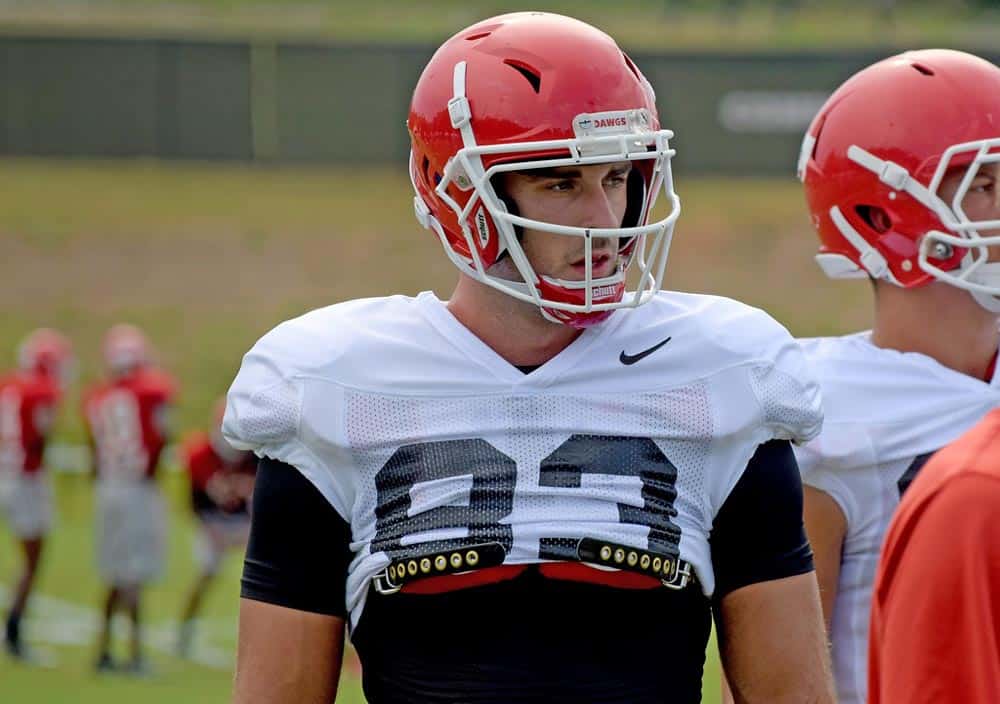 ATHENS, Ga. — Georgia junior tight end Jeb Blazevich was named to the 2016 Allstate AFCA Good Works Team on Thursday. Blazevich is one of 12 players from the NCAA Football Bowl Subdivision (FBS) selected based on their commitment to community service.

For 25 years, the American Football Coaches Association (AFCA) has recognized a select group of college football players committed to making a difference in their communities. There were also 12 players chosen from the NCAA Football Championship Subdivision (FCS), Divisions II, III and the NAIA. This year, in recognition of the team’s 25th anniversary, Allstate and the AFCA added three additional spots to the team, including the honorary head coach (Miami’s Mark Richt), bringing the final roster to 25 members.

Blazevich, a native of Charlotte, N.C., is one of only two players from Southeastern Conference on the FBS 2016 Allstate AFCA Good Works Team.

Blazevich was inducted into the UGA Athletic Association’s Leadership Education and Development (L.E.A.D.) program and has been active in a variety of community service activities. His service includes: working with “Learn, Play, Excel” to educate and provide leadership for elementary and middle school students; visiting Camp Sunshine and spending time with children who have cancer; volunteering for Countdown to Kickoff, a benefit for Children’s Healthcare of Atlanta, the Georgia Transplant Foundation and the UGA College of Education, and with Extra Special People, an organization assisting individuals with developmental disabilities and their families, among other charities.

On the field, Blazevich has started 24 games and played in all 28 games since starting his career in 2014. He has 33 catches for 413 yards and three touchdowns in his career.