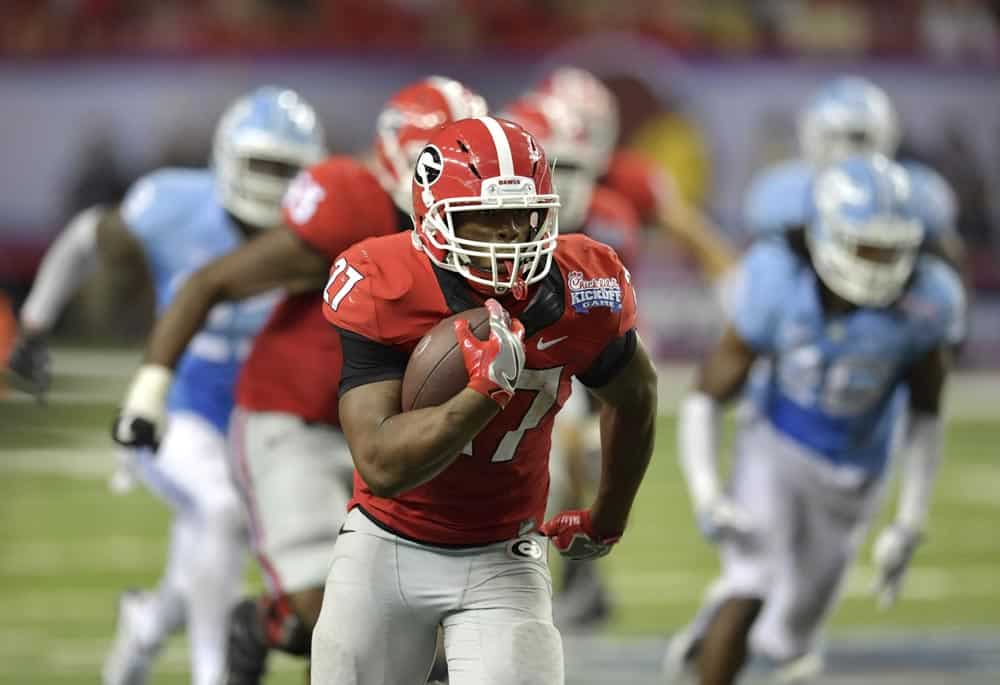 Georgia junior tailback Nick Chubb has been named the Maxwell Award Player of the Week following his performance versus #22 North Carolina in the Chick-Fil-A Kickoff Game, according to an announcement from the Maxwell Football Club.

This is Chubb’s second honor of this kind. The Maxwell Award recognized him in 2014 following his 202 yards and a pair of touchdowns during a win at Arkansas. Two Bulldogs in school history – Charley Trippi (1946), Herschel Walker (1982) – have earned the Maxwell Award, which is given to the national player of the year at the end of each season.

Earlier this week, Chubb was also named the Southeastern Conference Offensive Player of the Week for the second time in his career.

Chubb, a 5-10, 228-pound native of Cedartown, Ga., shredded the Tar Heel defense for 222 yards and two touchdowns on 32 carries (6.9 average). Chubb stands second nationally in yards rushing through the season’s first week. This marked the third game of his career over 200 yards and the 14th with more than 100 yards.

This was Chubb’s first game back in action since sustaining a season-ending knee injury at Tennessee on October 10, 2015. His injury ended a streak of 13 games in a row with more than 100 yards.

The No. 9/9 Bulldogs (1-0) host Nicholls in the Colonels’ season opener in Sanford Stadium at 12 p.m. on Saturday. The SEC Network will televise the matchup.