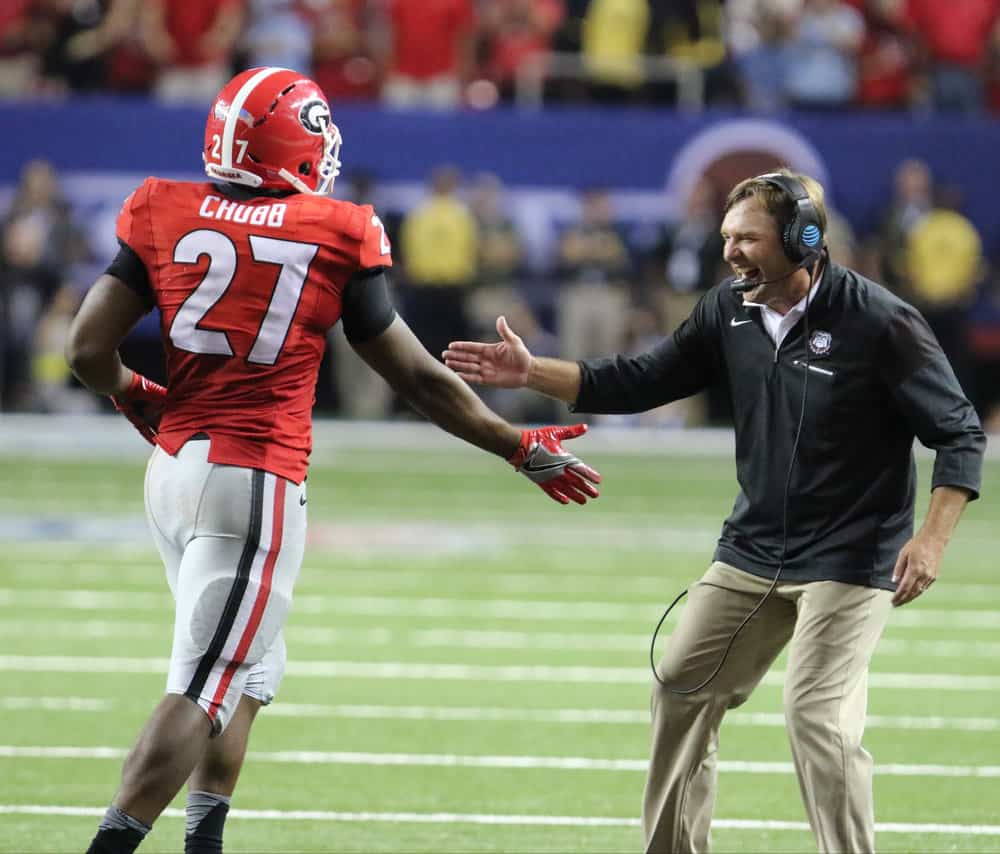 Georgia junior running back Nick Chubb has been awarded for his stellar performance in the season opener.

The SEC announced its honors for conference players of the week on Tuesday, and Chubb was given the crown for offensive players at the conclusion of week one. The honor is well-deserved for the Bulldogs’ lead back, as he ran for 222 yards on 32 carries, and found the end zone twice in Georgia’s 33-24 season opening victory over North Carolina.

Chubb’s eye-popping night was highlighted by a 55-yard touchdown scamper in the fourth quarter, which solidified the Bulldogs’ victory.

Saturday’s performance marks the 14th time in the last 15 games in which Chubb rushed for over 100 yards. The only time he fell short of the triple-digit milestone was last October, in which he tore his LCL, MCL and PCL on the first play from scrimmage against Tennessee. And in his first game back from the devastation, he answered all questions emphatically.

The performance also marks the second time that Chubb has rushed for 200 yards in his career, as he did so in 2014, marking his career high of 266 yards in Georgia’s Belk Bowl victory over Louisville.

After the game last Saturday, Chubb addressed the media, and spoke on his mindset and his health status after receiving 32 touches. Not to the surprise of many, he displayed his willingness to buy into the team concept and credited his teammates for the success.

“You know, throughout the game, I felt good,” Chubb said. “I felt good the whole game. Just I didn’t know where I was at at any given point, carries, yards. It doesn’t matter to me. If the team calls on me, I know the whole team is behind me, great offensive linemen making holes, making room, and just give me the ball. We have a great team.”