Smart not ready to name a starting quarterback

Smart not ready to name a starting quarterback 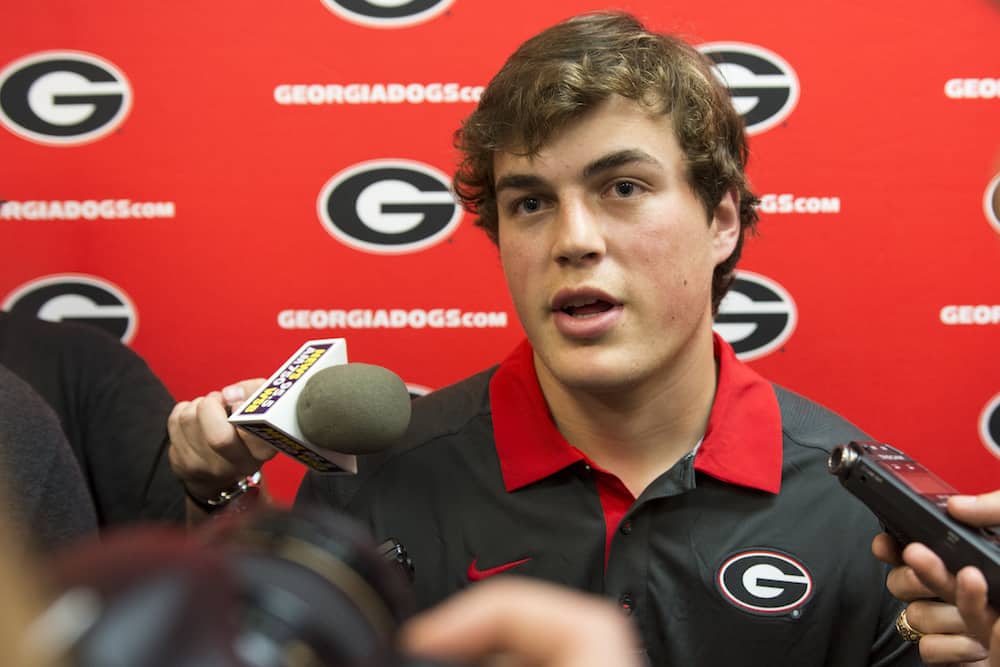 Georgia head coach Kirby Smart plans to take the quarterback situation right down to the wire, as only five days remain until the season-opener against North Carolina.

This weekend there were reports that freshman Jacob Eason would land the job over senior Greyson Lambert, but that has been said to be incorrect by Smart, as we wrote earlier on Monday. Smart still chooses to not name a starter, and plans to let the contenders get some more practice reps before making the choice.

“No starter has been named,” Smart said. “We’ll continue to practice the guys and get them ready. When (we know something), we’ll let (the media) know.”

However, Smart did say that Brice Ramsey is no longer a contender to be the starting quarterback to open the season, as it was “more about what Eason and Lambert did, rather than what Ramsey didn’t do.”

A lot of the concern around naming Eason the starting quarterback was his inexperience at the college level. There are many who hesitate to “buy in” to the Eason concept due to him being a freshman.

Smart said that it doesn’t play a factor whatsoever. He refuses to factor age into the decision, and believes it’s all about who is most beneficial to the team.

While the quarterback situation is still undetermined, Smart indicated that both Eason and Lambert could see the field in the season opener. This has said to be a realistic possibility for the past few weeks, but Smart said he will figure who starts the game before exploring the possibility of using both behind center.

“We’ll see how it goes,” Smart said. “The first thing we have to do is figure out who’s taking the first snap, before we worry about the next guy coming in. But I think it’ll reveal itself in the next couple of days as we continue to get those guys reps and get them ready to play.”