Georgia's starting place kicker and punter to be decided soon

Georgia’s starting place kicker and punter to be decided soon 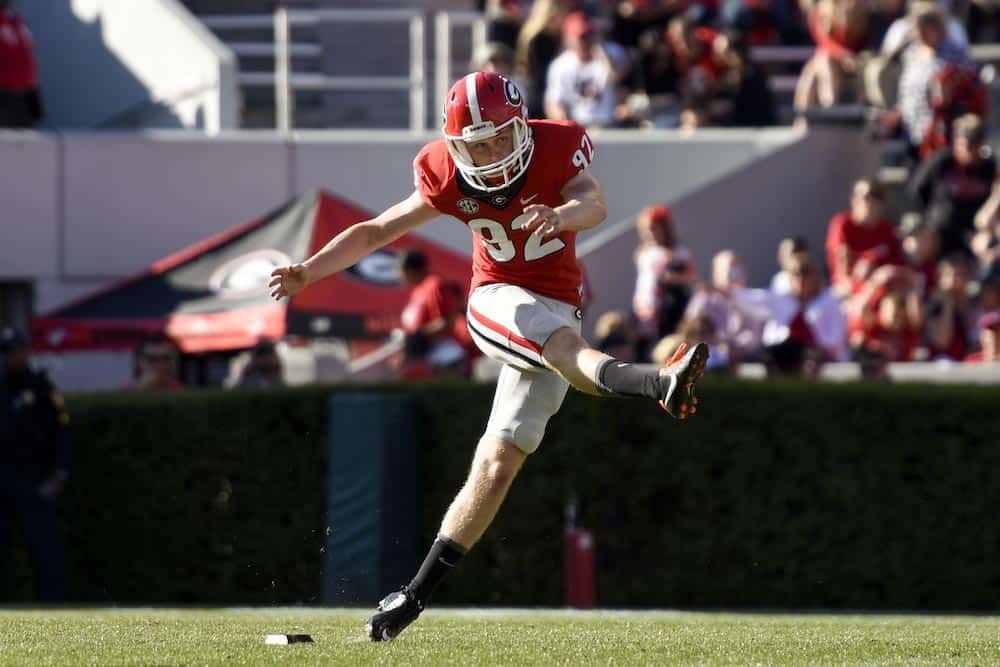 As a lot of the attention has been placed on Georgia’s quarterback competition, there’s significant uncertainty for the specialists.

Georgia saw dependable place kicker Marshall Morgan depart after graduation last season, and now the team has been trying to hash out his replacement throughout fall camp.

The current contenders for the job are redshirt freshman Rodrigo Blankenship and sophomore William Ham. Smart said the decision has not yet been made as to who assumes the role, but they’re close to making an announcement.

“At place kicker, (the competition) has continued on, and it’ll probably be decided in the next 24-48 hours,” Smart said. “We’ve got some good indications about which way we’re leaning, but just want to talk to the guys, finalize it and have a couple more kicking periods. It’s the same way at punter as well.”

Smart spoke to the media last Wednesday, and indicated that Long was currently in the lead, but backtracked a bit and discussed what was favorable about Ramsey’s skill set at punter.

“Right now at punter Marshall’s probably done the best job,” Smart said. “But it’s not over until it’s over. So we’ll see. Brice continues to work. Brice has got a really fast operation and he’s done a good job of getting the ball off here in the past.”

Stay tuned to see who assumes these roles in the season opener against North Carolina.