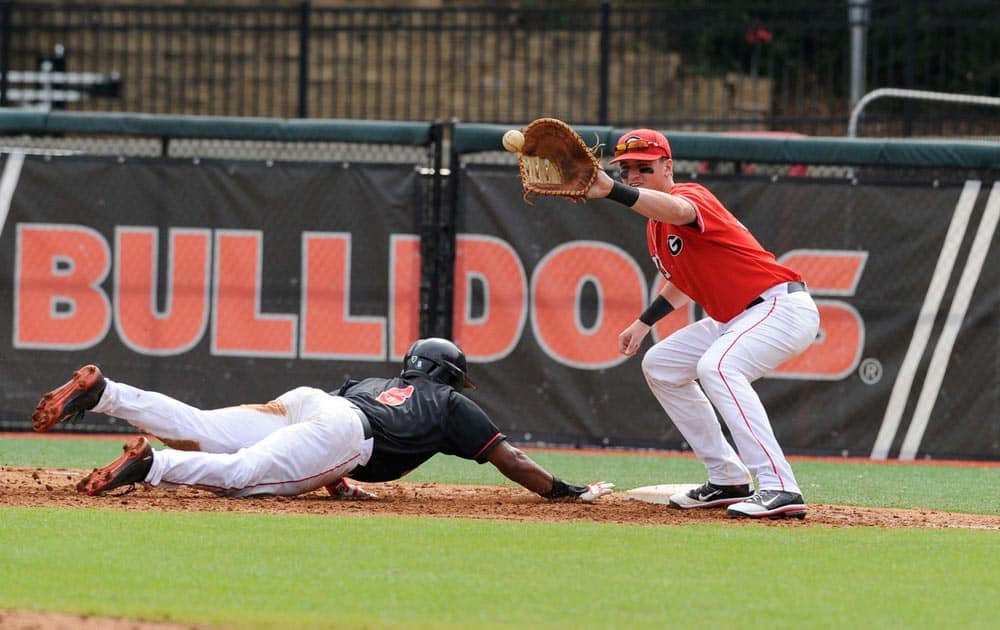 The top five schools in the Class of 2016 rankings are North Carolina, Ole Miss, Arizona State, Georgia and LSU. The Bulldogs recruiting classes under the direction of Ike Cousins Head Baseball Coach Scott Stricklin have steadily improved the last three seasons, ranking No. 26, then No. 22 and now No. 4, according to PG. The college recruiting rankings are based on PG CrossChecker’s national high school player rankings and do not include junior college recruits.

“We’re excited about this group; they are a difference-making class,” said Stricklin. “It’s deep at every position and features great baseball players and great athletes. We got through the pro draft and didn’t lose anyone this year. I feel like there are multiple early-impact players in this group.”

Three members of the current class were drafted by Major League Baseball (MLB) teams this past June and opted to attend UGA as the fall semester began Thursday. Left-handed pitcher Justin Glover (26th round, Tampa Bay), shortstop Cam Shepherd (29th round, Boston) and pitcher Zac Kristofak (37th round, Atlanta) are among the 18 newcomers on the 2017 squad. Along with this trio, several Bulldogs from this latest class received calls from MLB clubs during the draft and informed teams that they were committed to Georgia.

PG ranked all 14 Georgia freshmen among the top 500 recruits nationally including four in the top 100. The highest ranked Bulldog newcomer is right-handed pitcher Tony Locey (No. 68) {pronounced LOW-see} followed by Shepherd (No. 85), infielder Will Proctor (No. 88) and catcher Austin Biggar (No. 97) {pronounced BUH-gar}.

Bradley earned 2016 Walker County Player of the Year honors, batting .552 with nine home runs, 36 RBI and 23 stolen bases as a leadoff hitter for the Trojans. On the mound, he posted a 7-0 mark, 1.12 ERA with 86 strikeouts and 11 walks in 50 innings. Meadows batted a team-best .413 with four home runs and a team-leading 43 RBI to earn All-State honors for the Greyhounds. Campbell was named an NCJAA All-American in helping Chattahoochee Valley to the 2016 Junior College World Series, batting .425 with 19 home runs and 83 RBI as they went 52-12. Shepard graduated from Catawba where he was an All-South Atlantic Conference pitcher and tallied a 23-12 career mark and 4.23 ERA in 59 games including 38 starts. Avidano went 3-2 in 12 games including five starts spanning 31.1 innings in 2015 for Georgia.

The Bulldogs will begin fall practice next month at Foley Field. Georgia’s 56-game schedule will be announced later this year. The 2017 college baseball season opens Feb. 17.