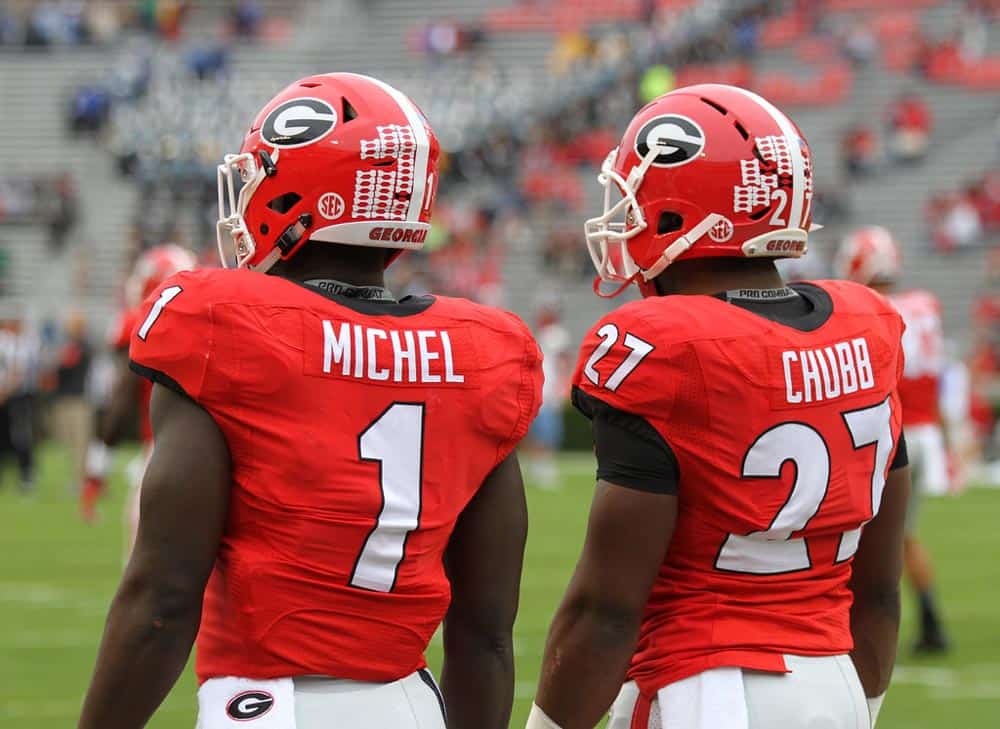 The winner of the 2016 Doak Walker Award will be announced at the Home Depot College Football Awards Show on Thursday, Dec. 8, 2016.

Nick Chubb, a native of Cedartown, Georgia, is recovering from a knee injury suffered last season at Tennessee. He has made good progress and will head into Fall practice with no limitations, according to UGA head coach Kirby Smart.

Sony Michel, who hails from Plantation, Florida, is also recovering from an injury. Michel fractured his arm in an ATV accident over the Independence Day weekend.

In his two seasons with the Bulldogs, Sony Michel has carried the ball 282 times for 1,546 yards and 13 touchdowns. Michel also has 33 receptions for 376 yards and four touchdowns.