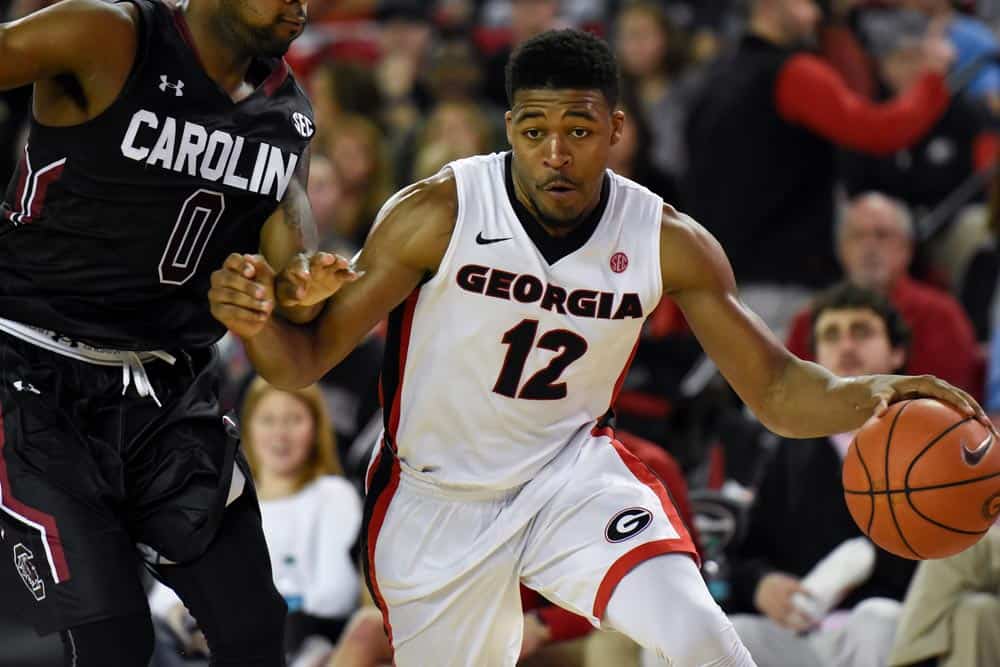 ATHENS, Ga. – Former Georgia guard Kenny Gaines has been invited to take part in the Houston Rockets’ mini-camp in preparation for Samsung NBA Summer League, the organization announced on Friday. The Summer League will be held in Las Vegas from July 8-18 at the Thomas & Mack Center and Cox Pavilion on the campus of the University of Nevada Las Vegas.

“It’s a huge feeling of a relief to a certain extent for this dream to become a reality,” Gaines said. “I understand that this is just a step and things are going to get a lot more serious now. I just need to make sure I’m on top of my game and that everything about my game lines up with what people expect. I’m just going to focus on doing what I know I can do and not try to do anything that’s outside my basketball character. This is a great opportunity to put me in a place that a lot of people didn’t think I’d be able to get to or even to make it to this place. Knowing that, I’ll have a bit of a chip on my shoulder, which should give me an extra edge going into this.”

Gaines started 94 of 126 games played for the Bulldogs and completed his career at No. 19 among Georgia’s all-time scoring leaders with 1,324 points. He also ranks No. 4 among the Bulldogs’ career leaders in both 3-pointers made (213) and attempted (569). Gaines posted 45 double-figure scoring outputs for UGA, including a career-high 35-point outburst against Murray State last season. He accounted for 55.6 percent of Georgia’s offense in the 63-52 victory over the Racers, the highest percentage by a single game ever by a Bulldog.

“It’s an exciting feeling, something that you’ve always looked forward to and dreamed about growing up as a kid,” Gaines said. “It did make me stop and say, ‘Wow, just a couple of months ago I was in school, going to classes and playing for Coach Fox.’ Now, I’m playing for the future that I’ve always wanted and will have the opportunity to do some things for my mom, my family and taking care of some things at the church that I’ve always wanted to do. Those things were a big part of this goal.”

Gaines, who graduated with his bachelor’s degree in Housing this spring, helped Georgia to three consecutive 20-win seasons as a sophomore, junior and senior, just the second time the Bulldogs have done so in 111 seasons of basketball. The Bulldogs also reached postseason play each of the past three years.

“UGA is a part of me, and we’ll always be linked together forever,” Gaines said. “Coach Fox taught me so much, not only about basketball but about life. Playing at Georgia taught me so much about society and how to be a first-class citizen. I will always remember that going forward.”

Gaines is one of 11 rookies among the 15 players invited to the mini-camp. Samsung NBA Summer League 2016 is comprised of 23 NBA teams and one group of players from the NBA Development League. Each team will compete in three preliminary round games from July 8-12 before being seeded in a tournament that starts on July 13 and concludes with the Championship Game on July 18. Each team is guaranteed to play at least five games.