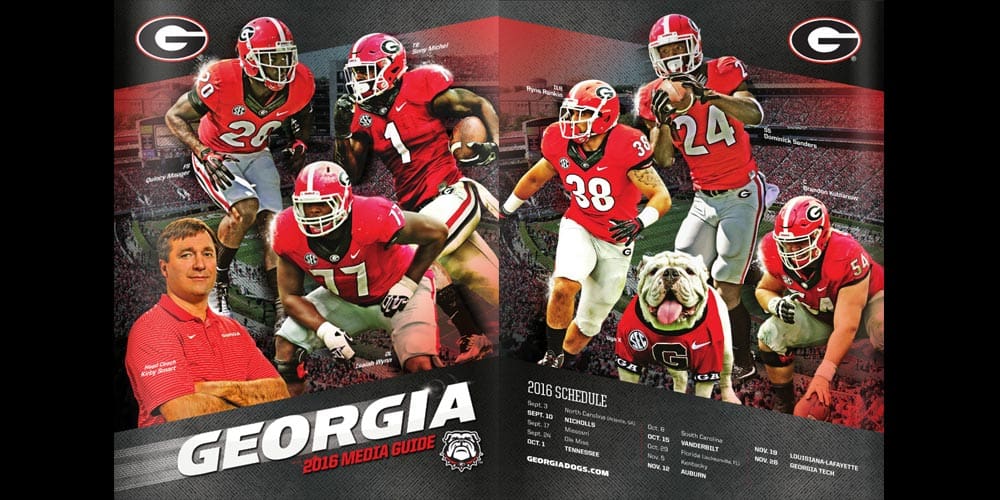 The 2016 UGA Football Media Guide is now available to view online in PDF format (see below).

According to a report by DawgNation, three separate front covers were designed for the print copy, likely due to Nick Chubb’s playing status. One of the below covers will appear on the printed copy once it’s available.