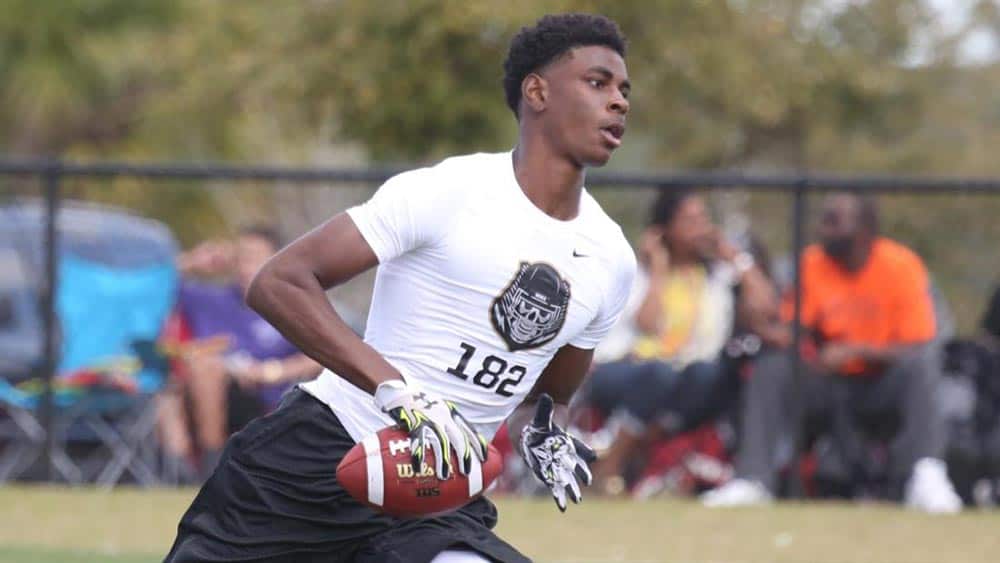 Georgia coaches have been in a frenzy lately, with nationwide satellite camps soon to get underway and the 2016 signees arriving on campus, and they got a reward on Wednesday as Matt Landers, out of Admiral Farragut Academy in St. Petersburg Fla., announced he will head to Georgia as a part of the 2017 class.

Landers elaborated on his big decision to UGASports.com.

“I picked Georgia because I felt like that’s where I wanted to be,” Landers told Dan McDonald of Rivals via a social media outlet. “When I took a visit, I felt welcome almost like I was home. The coaches are great, the players are great, the academics are great , and the campus is beautiful. I loved it, my mom loved it, the whole family loved it. I feel I can better my talents at Georgia.”

The lanky, but flashy athlete at 6-foot-5, 182 pounds, projects to be a wide receiver at the next level, although provides some versatility. Landers ranks as the 109th ranked wide receiver nationally and the 108th ranked athlete in his home state of Florida. He is rated as a three-star recruit, according to 247Sports.

Landers serves as the first time that Georgia’s coaching staff has gone outside of the state to add a commitment. He joins Xavier Jenkins and Trey Blount as his fellow wide receiver compatriots in the class. In addition to Georgia, he also received offers from SEC foes Kentucky, Florida, Mississippi State and Missouri.