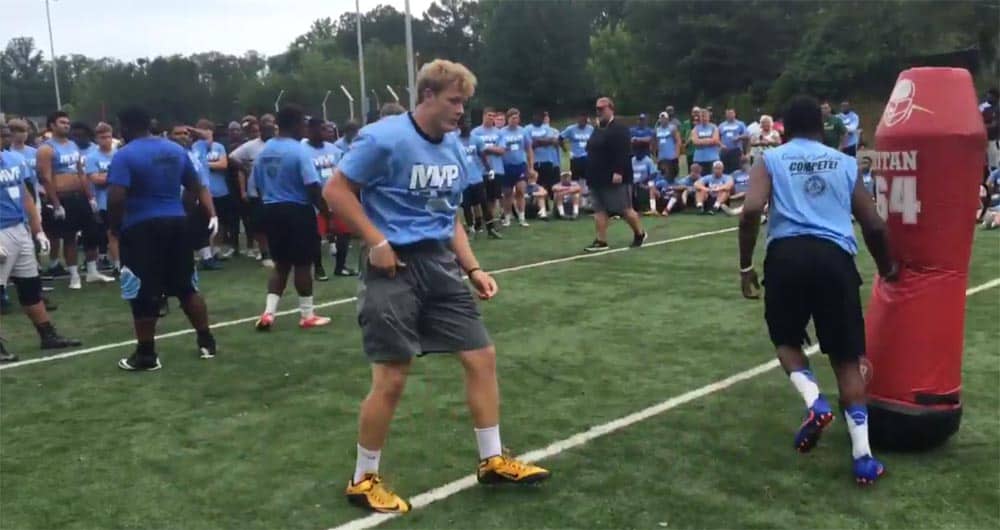 Georgia’s coaching staff did some quick work in Athens this weekend, as they added an offensive lineman for the 2019 class.

Luke Griffin, out of North Murray High School in Chatsworth, GA, was on-site and a participant of Kirby Smart’s 7-on-7 camp, and had a very impressive day. As a result of that, they decided to extend a scholarship offer and he then committed on the spot.

Griffin, at 6-foot-5, 275 pounds, doesn’t have a star rating or a position ranking at this time according to 247Sports. This may be due to the fact that Griffin still has three more high school seasons remaining before reaching the college ranks. However, his stature would lead some to believe he can have an impact on the football field. If that is to be the case, Georgia may have gotten a real steal, as the Bulldogs are Griffin’s only listed offer.