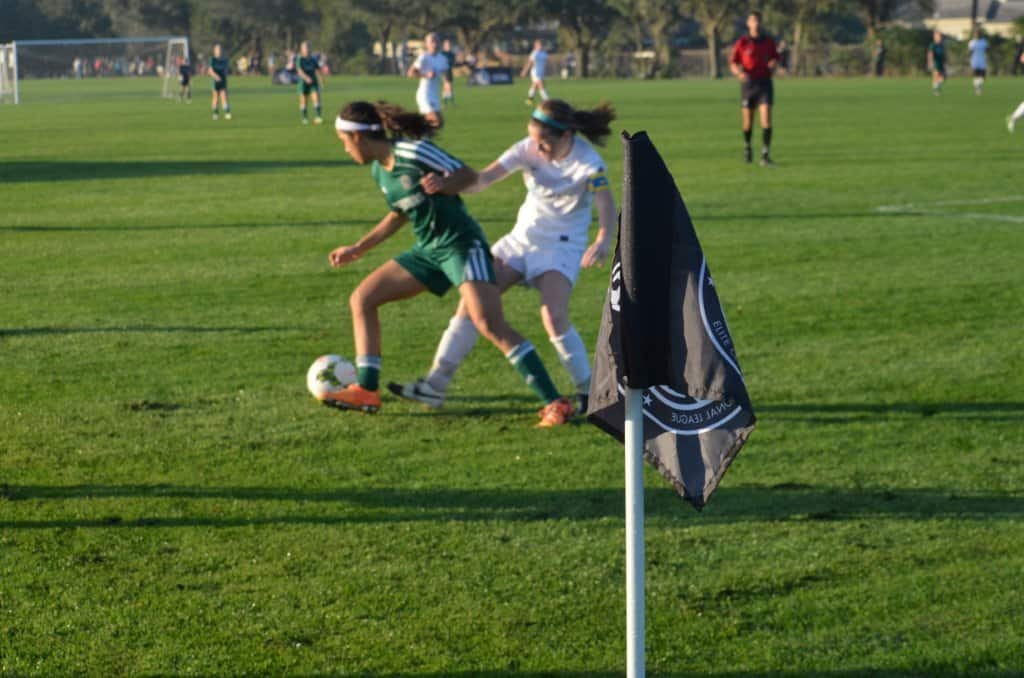 Georgia head coach Billy Lesesne has done well on the recruiting trail since taking the job in 2014, and he is able to get yet another quality athlete for his future recruiting classes.

Kristen Edmond, a sophomore out of Buford High School, announced via Twitter that she would continue her playing and academic career at Georgia when she graduates in 2018.

I'm proud to announce I've committed to play soccer at my dream school, The University of Georgia #GoDawgs ❤️⚽️ pic.twitter.com/LXCavmeEhE

After battling back from a torn ACL in 2015, she had a significant impact this past season, scoring four goals and tallying a few assists as Buford’s center midfielder. Unfortunately for Edmond, she was only able to play the latter half of the season. However, quality statistics with only a half-season of opportunities show the quick impacts she can have on a team.

Edmond was able to speak with SicEmDawgs.com and elaborate on her decision.

“I’ve been a huge Georgia fan since the day I was born,” Edmond said. “While looking at other schools, I couldn’t imagine going anywhere else but (UGA). The campus life and the aspect of being a student-athlete is amazing.”

Only being a high school sophomore, it may seem a little early to make such a bold and life-changing decision, however Edmond thought it was necessary.

“Many people do not know that in the sport of girls soccer, most players commit (in their sophomore year) or earlier,” she said. “Since my class is a very talented one, and many schools are moving quickly with recruiting, I knew I needed to make a decision when I had the opportunity.”

Edmond also feels as if she will fit into the program at Georgia perfectly, due to familiarity with many of her teammates or opposing players on her club team, as many are headed either to Georgia or playing in the SEC.

Lesesne’s program seems to be on the rise, as improvements have been demonstrated in his current tenure. Edmond agrees.

“As a former assistant with a top-tier program in Duke, he has huge expectations for the program at Georgia,” she said.

Georgia looks to have recevied a loyal commitment, as she has agreed to the program very early and doesn’t seem to have a tendency to budge. According to a site which tracks club teams around the nation, Edmond is ranked as a three-star recruit. She will join only Cecily Mohammed out of Chattahoochee High School in a growing group of commitments for the 2018 class.