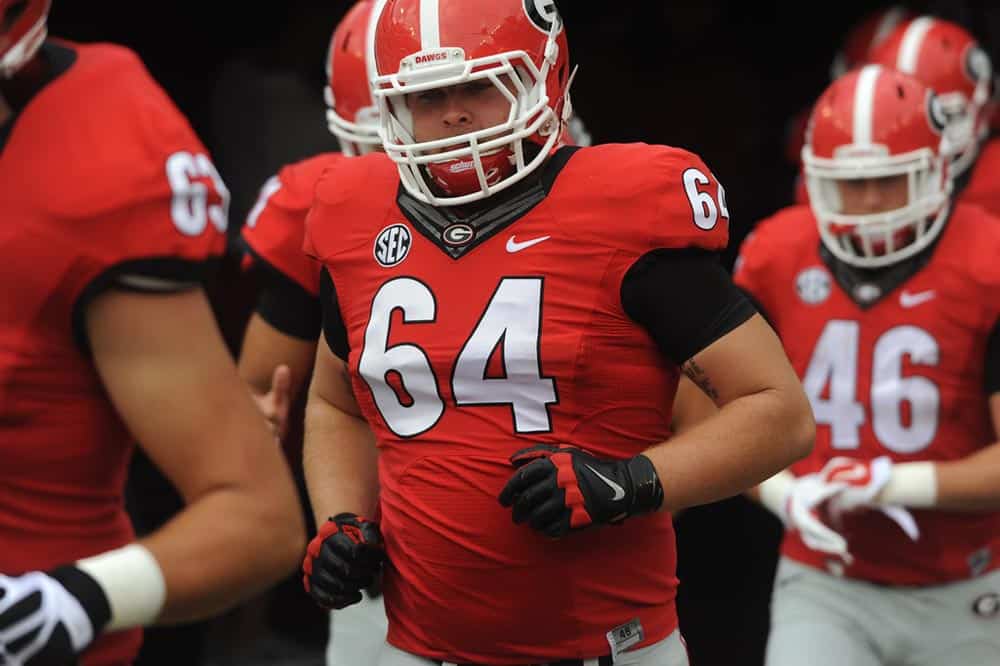 Georgia’s offensive line depth comes a bit thin, as redshirt sophomore Jake Edwards has decided to transfer from the program. The news was first reported by 247Sports.

Edwards, at 6-foot-4, 284 pounds, committed to Georgia in 2013 and had an unfortunate start to his career right as he arrived in Athens, sustaining a torn ACL. This forced him to miss the 2014 season, as he received a redshirt. Since that point, he has been on Georgia’s scout practice team, but had never seen consistent playing time.

This past spring, Edwards was seen taking snaps with the third-team practice squad, but that wasn’t enough. He hoped to transfer to a smaller school, and has done that. Edwards will attend Georgia Southern, as he had several offers and was impressed on his visit.

Despite the loss of Edwards, Sam Pittman returns many linemen who could be integral in this upcoming season.