Demetris Robertson ready to make his decision at last

Demetris Robertson ready to make his decision at last 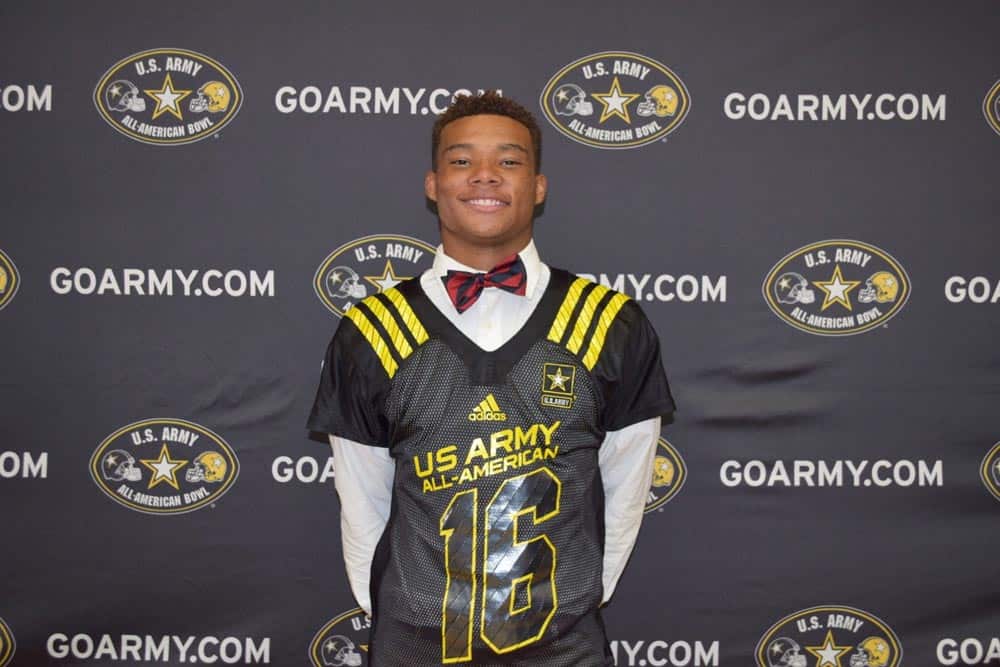 (Photo via US Army Recruiting)

The wait for a decision has been a grueling one, but five-star Demetris Robertson wanted to ensure the best was saved for last.

The flashy two-sport athlete, in track and football, will make his decision on Sunday at 1 p.m. at the College Football Hall of Fame in Atlanta. Robertson held off on his decision, pushing it beyond National Signing Day in an effort to see if he could obtain the required SAT scores for admission into Stanford. Unfortunately for Robertson, those efforts were deemed unsuccessful. His most viable options include Georgia, California and Notre Dame.

Robertson, out of Savannah Christian, is an in-state target for Kirby Smart and Georgia. They have exhausted every effort to add the number one receiver in the state, according to 247Sports. Fellow athletes in the 2016 class, Jacob Eason and Mecole Hardman Jr. have been actively trying to erase all other thoughts from Robertson to ensure he is playing Between the Hedges for the next few seasons.

As a former commit to Alabama his sophomore year, his ties to Smart and Georgia assistant Glenn Schumann are quite strong. These relationships will be the advantage for Georgia which will ultimately result in Robertson ending up in the Classic City. Although the aspect of playing on the West Coast is appealing, as it would be for any other top-tier athlete, a relationship with these reputable coaches for many years in addition to an official visit which seemed to put Georgia ahead of the pack, is why many believe that Georgia will be Robertson’s destination.

The announcement will be streamed on the 11alive.com website, as well as on the Periscope outlet. Stay tuned to SicEmDawgs.com for further information on his decision.