Georgia’s Jordan Jenkins selected by the Jets in third round

Georgia’s Jordan Jenkins selected by the Jets in third round 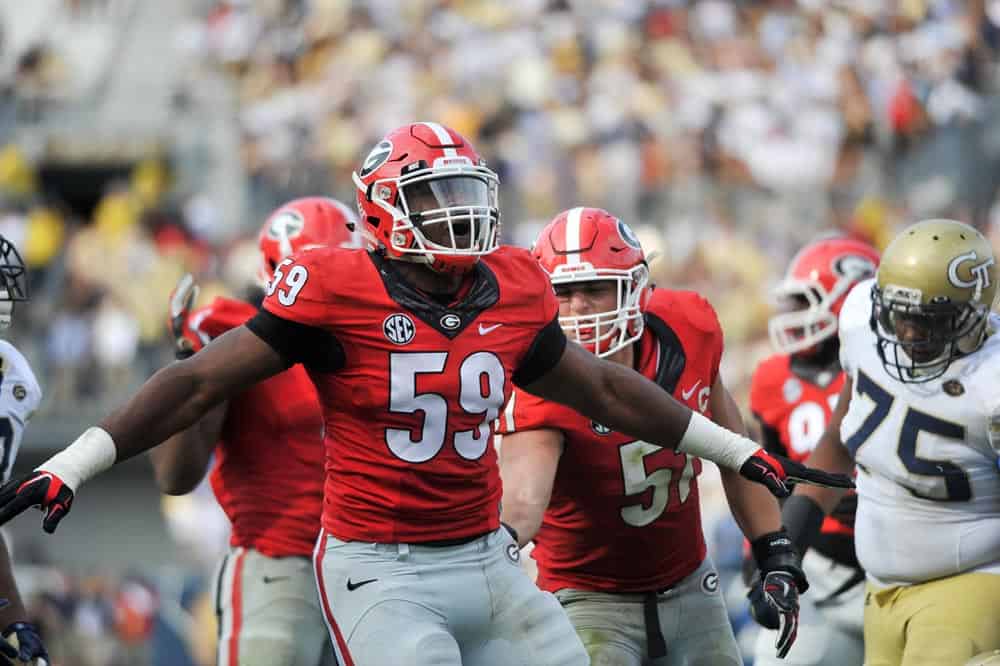 Georgia senior linebacker Jordan Jenkins has been selected in the NFL Draft’s third round by the New York Jets with the 83rd overall pick on Friday night.

Jenkins became the second Bulldog selected in the 2016 draft’s first three rounds. The Chicago Bears selected junior linebacker Leonard Floyd with the ninth overall pick in the opening round on Friday. Kansas City’s Chris Conley was the last Bulldog to go in the third round after the Chiefs took the receiver with the 76th overall pick last year.

Jenkins, a native of Hamilton, Ga., is the 311th Georgia player taken in the NFL Draft. The Jets have now taken 10 Bulldogs since selecting Phil Sullivan in 1972. The last Georgia player drafted by the Jets before Jenkins was Jamie Henderson in the 2001 draft.

Starting 10 games and playing in 12 in 2015, Jenkins finished fourth on the team with 59 tackles, matching Floyd’s team-high 10.5 tackles for loss and recording four sacks. Jenkins added two forced fumbles for the 10-3 Bulldogs.

For his career, Jenkins amassed 205 tackles, including 40 tackles for loss and 19 sacks. He also had six forced fumbles and five fumble recoveries since the 2012 season.

Rounds four through seven of the 2016 NFL Draft will start at noon on Saturday. ESPN will provide coverage of all rounds.