Action-filled day in Athens for G-Day, but no pregame concert

Action-filled day in Athens for G-Day, but no pregame concert 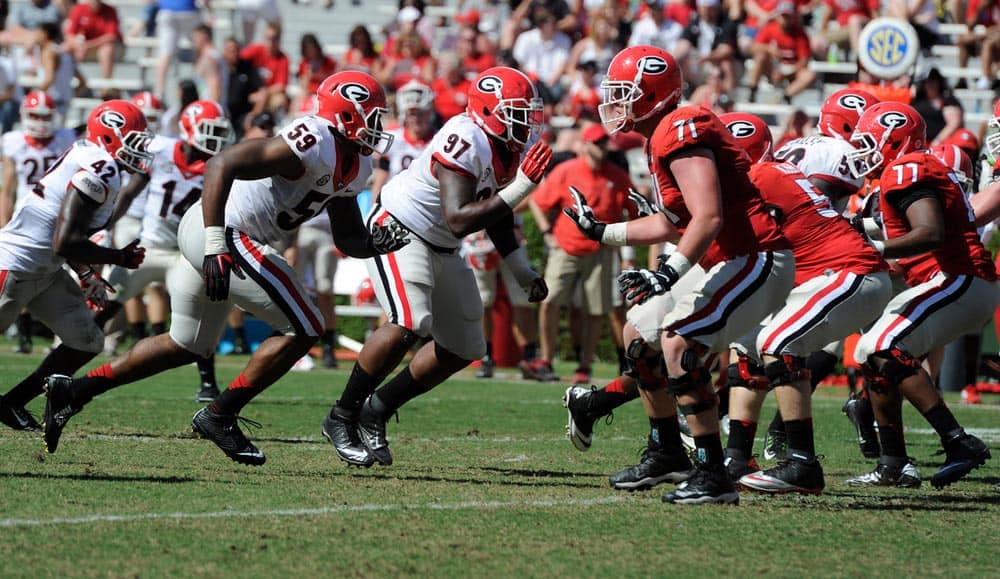 Georgia’s spring game was one that has been highly anticipated for quite some time, and for good reason. The day would be highlighted by a pregame concert which was scheduled to peak fan interest and fill the seats in Sanford Stadium.

Unfortunately for many fans, that has been scratched as the university failed to find a musical talent to fill the open time window. Greg McGarity said they exhausted all efforts, but too many barriers were in the way for everything to pan out as desired.

“We had about a 15-minute or so spot to fill for something, and we tried really, really hard to schedule some acts, but it just wouldn’t work out, the timing and the tour schedules,” McGarity told AJC.com’s DawgNation. “When it came time to execute contracts is when things fell through. When you talk about a draft of a contract, it never really got to that point. … (But) we went pretty deep.”

McGarity continued on to say that Georgia had reached out to the talents of the Zac Brown Band, natives of Georgia. The addition of a local, popular band to the spring game festivities would’ve created a buzz around the town. However, they along with Thomas Rhett have a concert in Charleston, S.C. during the time slot.

The university also pursued Corey Smith, a former student who has written music discussing his alma mater and the UGA football team, is also performing elsewhere.

Instead of having a musical talent perform in the short 15-minute allotted time period, Georgia’s video staff has produced a behind-the-scenes video of spring practice to give fans an idea of how things are currently run under Kirby Smart.

The absence of an anticipated musical talent is certainly a letdown, however it shouldn’t steer fans away, as the constant urge by Kirby Smart and the football fans for 93,000 fans in the stadium is one that will not be ignored. As seen in other situations, many people have urgently fulfilled Smart’s wishes early in his tenure. Maybe things as transfer restrictions and the new open records law passed in Senate Bill 323, but that’s a different story for a different day.

Fans also shouldn’t shy away from attending as many events will take place with the football team and with baseball and softball with SEC action, to give the April afternoon a taste of what a true “Saturday in Athens” feel is. Those other events at Sanford Stadium include an alumni flag football game at 1:15 the traditional Dawg Walk at 2:35, in addition to kickoff at 4:00. The Sanford Stadium gates will open at 1:00pm.