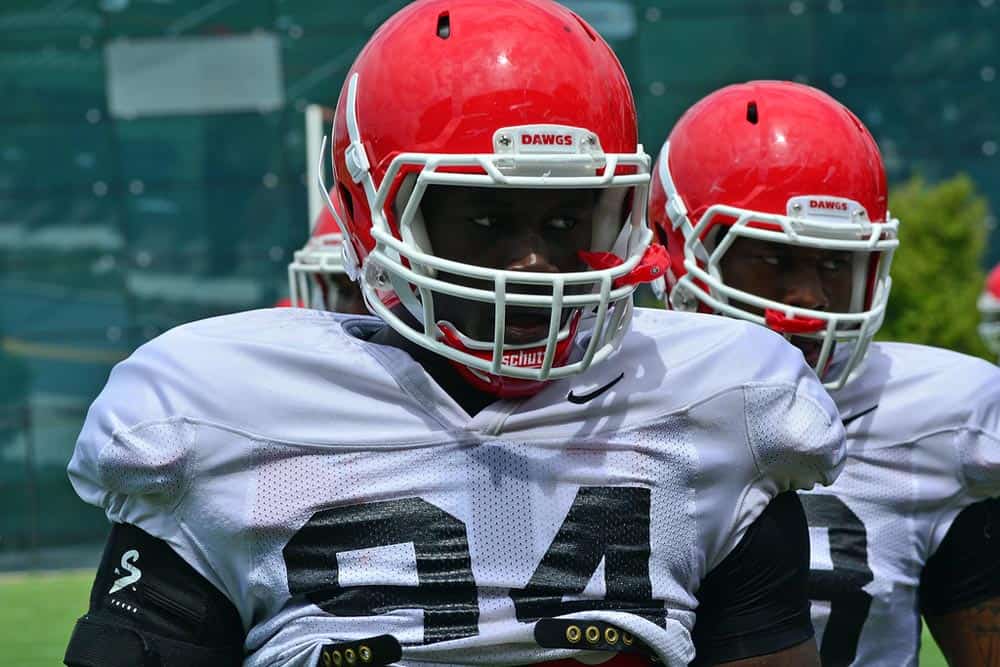 Michael Barnett is yet another valuable, young player who was expected to have an impact for Georgia this season. His progress will be sidelined temporarily, but he’s certainly lucky the injury didn’t turn out to be serious.

Barnett has been out of Spring practice for the past week, and it had been a bit of a mystery as to why he wasn’t seeing any repetitions in practice. It has been confirmed by head coach Kirby Smart that the sophomore has sustained a MCL injury.

“He’s probably going to be out for spring,” Smart told reporters in a post-practice press conference on Tuesday. “It’s non-surgical right now. He was really upset about that because we really try to pride ourselves on staying up and not going to the ground. The kid was playing really good.”

Barnett was taking first-team snaps before sustaining the injury, and was nearly guaranteed to see a lot of playing time last season. He appeared in seven games and tallied five tackles, highlighted by achieving career accolades against Florida and Auburn. With the departure of Leonard Floyd to the NFL Draft, Georgia didn’t have the defensive end position solidified, and Barnett was slated to play a significant role in filling the vacancy.

“I was really impressed with where he was after five practices,” Smart said. “In that practice, he went down. He will probably be out for all of spring. That’s tough because we have a depth issue at that position. We have some guys coming in I think we can help us. It’s made it really hard for us to practice the way we want to practice.”

Luckily for Barnett, he avoided having to undergo a surgical procedure, and will have time to recover and return to playing shape for the real season kickoff in September.