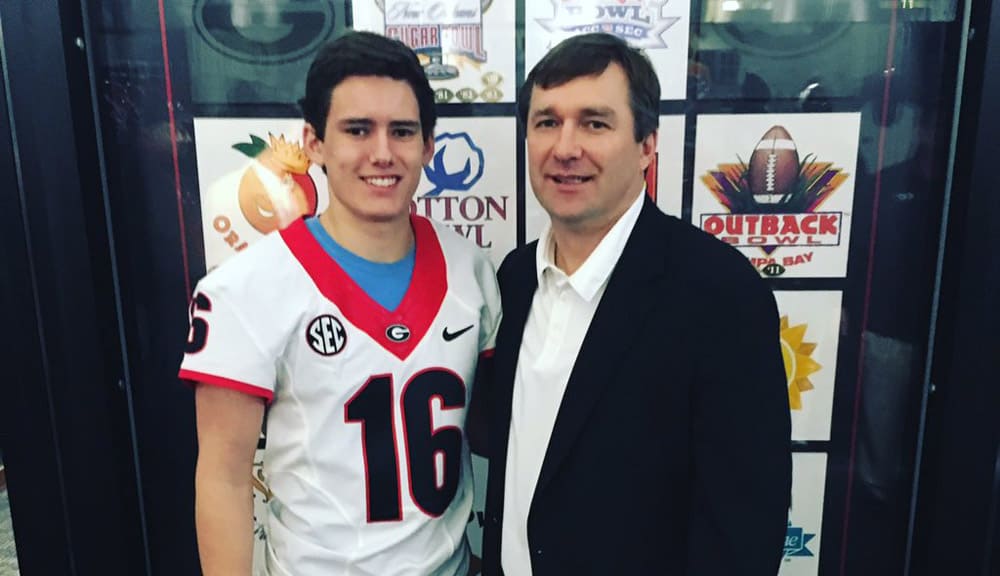 Due to the departure of Marshall Morgan, Georgia’s kicking situation was greatly in question. National Signing Day had passed, and Georgia still did not have a clear answer.

Luckily for Kirby Smart and staff, that answer has come as Mitchell Wasson has announced he will fill the important void.

Officially committed to the University of Georgia!! #GoDawgs pic.twitter.com/P855DU8dMa

Wasson stands at 5’11”, 165 pounds, with a powerful leg despite his small stature. Georgia’s coaching staff had been closely recruiting Wasson up to National Signing Day, and he had then announced his plans to attend Alabama.

However, not being a scholarship player, rather a preferred walk-on, means nothing had been quite set in stone. Earlier this week, Wasson announced he had decommitted from Alabama, and many assumed that Georgia would be his program of choice without doubt.

Wasson is ranked as the nation’s 26th best kicker and a two-star athlete according to 247Sports. The “star rating” may seem undesired, however with an expertise such as special teams it can be hard to judge a player on his talents. With that said, fans should deem this rating unfair and unnecessary. Wasson was highly sought after across major conferences, so he is nearly guaranteed to have a big impact at the college level.

Just ask Georgia three-star signee Marshall Long, he believes their punter and kicker tandem will be among the best.

Wasson serves as a save for Georgia, as without him the Bulldogs would have a great deal of uncertainty at an important position. In such a powerful conference as the SEC with superb teams from top to bottom, special teams are extremely vital to success, and bringing in someone that is proven is something that shouldn’t be disregarded or taken for granted.

Wasson is the second acquisition for Georgia after National Signing Day, as Tyler Catalina had been recently picked up via transfer. Georgia looks to close out their 2016 class by potentially snagging five-star athlete Demetris Robertson.