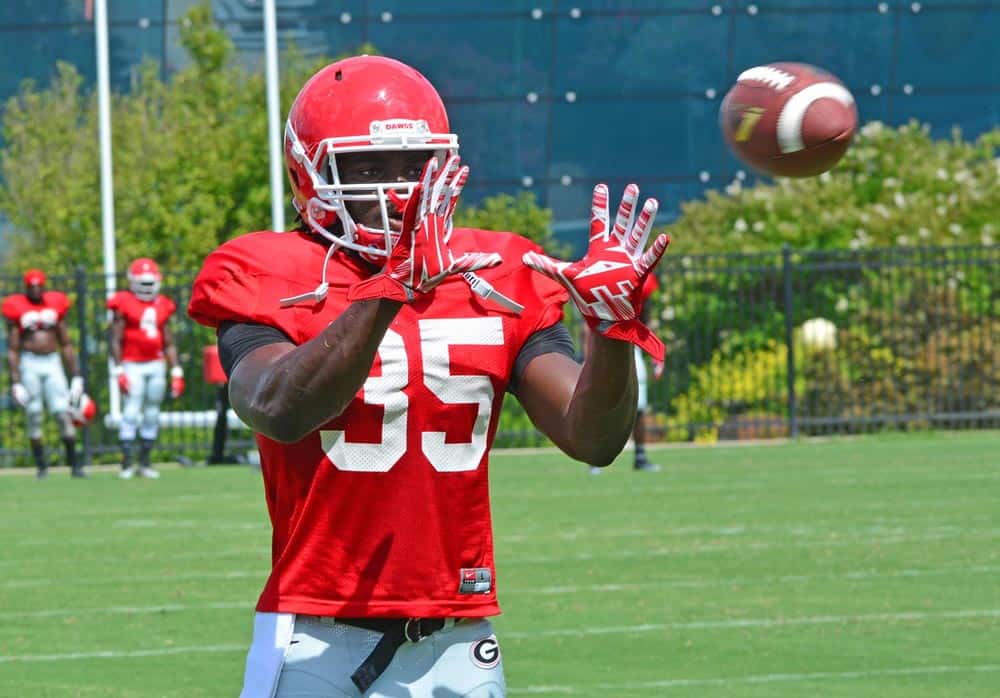 Georgia’s talented depth at running back has depleted just a bit.

A.J. Turman was not listed in Georgia’s spring media guide along with the other bios of participants in spring practice. He has requested and has been granted a release from the program, the team announced Wednesday.

Turman, originally out of Boone High School in Orlando, Fla., committed to UGA for the 2012 class. His expectations were high as a four-star recruit and it was believed he could be an impact running back. However, the injury bug caught the six-foot speedster and brought those expectations to a screeching halt.

After he had been given time to recover from his injuries sustained two seasons ago, he was given a glimmer of opportunity at the 2015 G-Day Game, and he certainly delivered with 126 yards and two touchdowns. As a result of the flashy performance, the fans have frequently mentioned Turman’s name and wondering why he hadn’t received any regular season game action. Georgia’s staff felt as if he wasn’t game ready, despite his talents.

His lack of play during the 2014 season and a surgical procedure on his toe to open the 2015 campaign, one may have thought Turman may want to take his talents elsewhere. That is now the case, however in the past, Turman thought differently and displayed his devotion to Georgia.

“There’s no real reason for me to leave. Coach never said I was never gonna play. I had injuries, things didn’t pan out the way I planned them to be. I just felt like if I keep pushing I would get my opportunity,” Turman told reporters prior to the 2015 season.

Unfortunately for Turman, those hopes of receiving an opportunity never came to fruition, as Brendan Douglas and Quayvon Hicks were seeing time at the running back position, even after injuries to star backs Nick Chubb and Sony Michel.

Georgia will now only have two healthy running backs on scholarship for spring practice to learn the new system under a new offensive coaching staff, Sony Michel and Tae Crowder. Brendan Douglas will be limited as he is recovering from wrist surgery and Nick Chubb is currently making strides in recovery from a PCL knee injury. Signee Elijah Holyfield from Atlanta is expected to join the team in the fall.