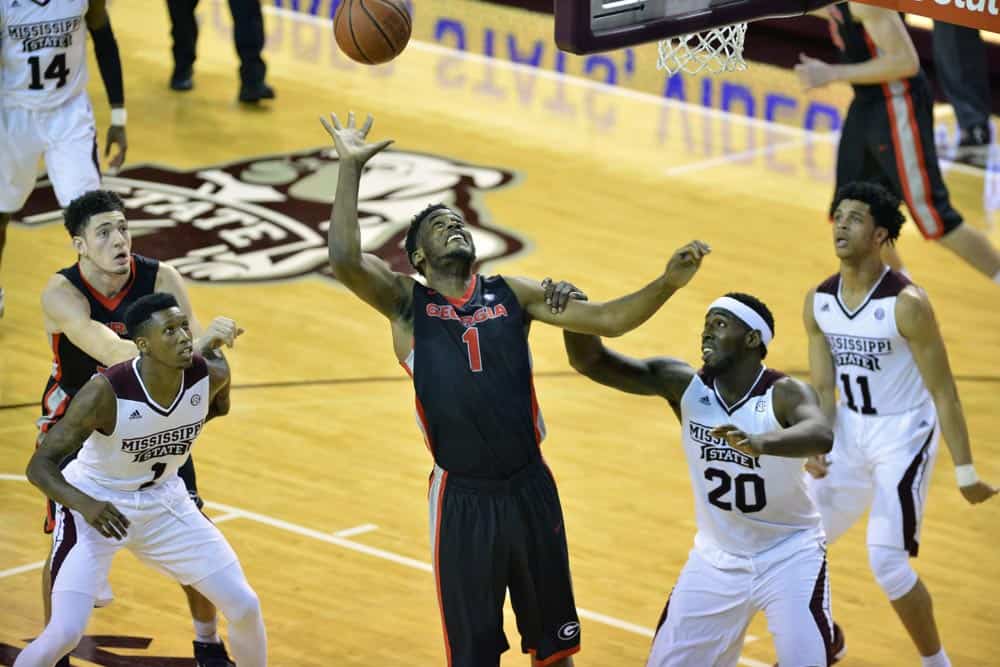 Georgia was everywhere defensively for all 40 minutes, holding Mississippi State to 30.9-percent shooting from the field and forcing nine turnovers.

“I’m really proud of our team,” head coach Mark Fox said. “We didn’t play well the other night and I was proud how they responded. This is a tough time of year for every team because the season is such a grind. We were concerned about our group and tonight they came together as a unit and played very well at times to get us a lead and allowed us to play comfortably in front.”

UGA locked down the opposition early, holding Mississippi State to a 3-13 start from the field to begin the game. Georgia relied on its big man down low to do damage in the paint early, with Maten scoring six of Georgia’s first 12 points. Georgia grabbed a 16-10 lead midway through the first period, while holding Mississippi State to just 22.2-percent shooting from the field. Georgia extended its lead heading into the break with a, 32-21, lead. Maten led all scorers in the half with 15 points.

Maten picked up right where he left off scoring six quick points to begin the second period. Georgia opened a 20-point lead just under three minutes into the half, but Mississippi State answered with two three-point baskets of its own. J.J. Frazier answered for the Bulldogs several minutes later hitting a long three-point basket as the shot clock expired pushing Georgia’s lead back to 20. Mississippi State went on a 12-0 run midway through the half, cutting Georgia’s lead to 10.

Georgia returned with a 5-0 run of its own claiming a 15-point lead. UGA’s relentless defense would not allow Mississippi State any success from the field in the final minutes, proving to be the difference maker in the, **-**, victory

The Bulldogs return home for a “Super Tuesday” matchup up with the Florida Gators at 9 p.m. ET in Stegeman Coliseum. The game will be shown on ESPN.