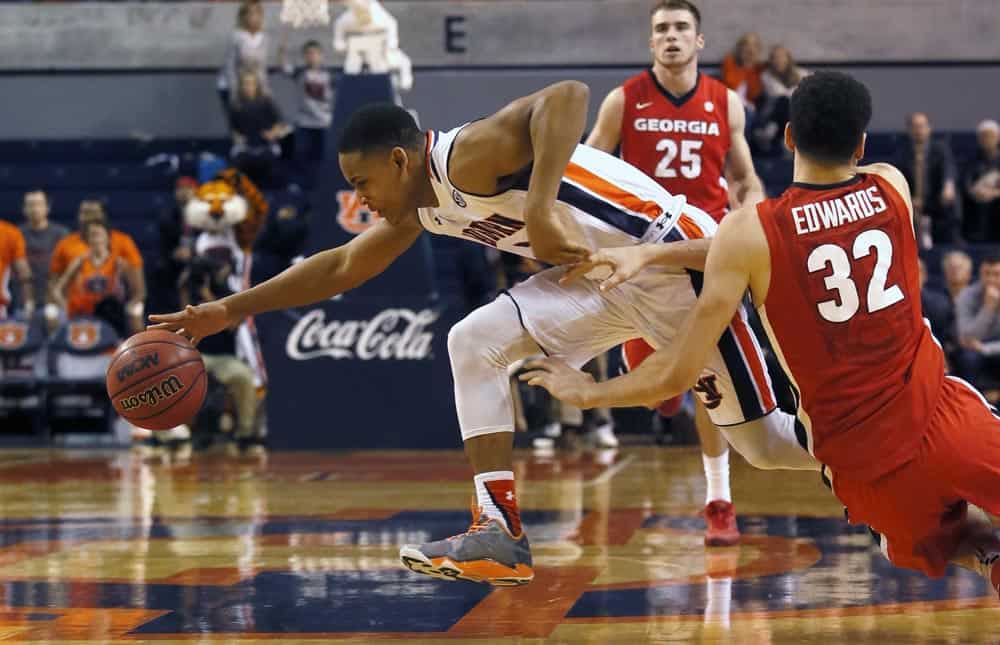 Four Bulldogs reached double-digits in scoring, as Frazier was joined by Yante Maten (10 points), Charles Mann (11 points) and Kenny Gaines (23 points) in a strong second-half effort that saw Georgia use 58 second-half points to pull within as close as one point after trailing by 16 points at the half.

“We really started the game poorly,” said Georgia head coach Mark Fox. “Obviously we didn’t have the correct mentality to begin the game. We got out-rebounded in the first half, looked very out of sorts offensively. We just couldn’t defend the ball or the three-point line, and we played very poorly in the first half. Still in the second half, I don’t think we defended nearly well enough in the second half to give ourselves a chance to win.”

Auburn used a strong first half to take a commanding 16-point lead into the locker room, dominating on the defensive end as the Tigers held Georgia to 25.9-percent shooting from the field. The Bulldogs trailed for most of the half, but they pulled within four points at 19-15 until Auburn used a 16-2 run to establish a strong 16-point lead. Georgia was unable to close the gap before the break and trailed 39-23 after 20 minutes.

Georgia cut into the Auburn lead in the early running of the second half, hanging around and eventually cutting Auburn’s lead to eight at 55-47 with little more than 11 minutes remaining in the game. The Tigers responded, holding the lead at double-digits until the 5:22 mark when Frazier hit a Frazier nailed a jumper to pull the Bulldogs back within nine.

The Bulldogs cut the lead to six with less than four minutes remaining, cutting the deficit with less than four minutes remaining in the contest. An and-one layup for Cinmeon Bowers on the other end appeared to diffuse the threat, but a late push from the Bulldogs brought the team back within three points with 23 seconds remaining and within one point with six seconds left. Bryce Brown sunk two free throws for the Tigers, who held on to win.

The Bulldogs will host Ole Miss on Saturday at noon. For all the latest on Georgia basketball, follow the team on Twitter (@UGABasketball) and Instagram (@ugabasketball), and keep checking in to georgiadogs.com.