Bulldogs stumble in Nashville against Vanderbilt

Bulldogs stumble in Nashville against Vanderbilt 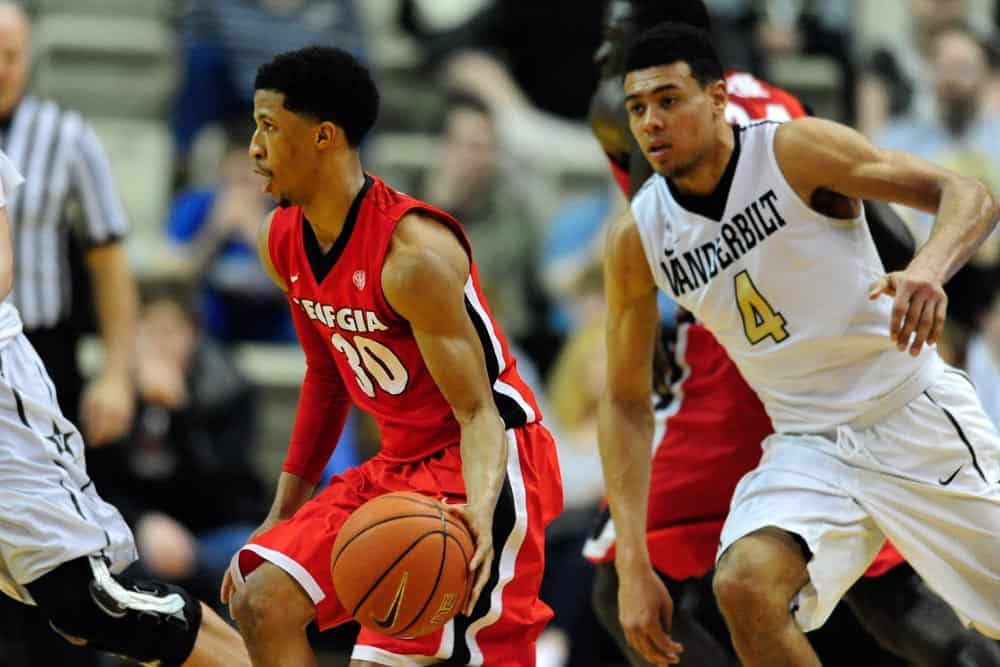 The Bulldogs were led by J.J. Frazier, who posted his eighth 20-point game of the season, with 21 points. Sophomore Yante Maten added 19 points and 10 rebounds of his own and freshman Derek Ogbeide totaled a career-high 11 points in the contest.

“We didn’t play complete enough to win,” head coach Mark Fox said. “We didn’t finish at a rate offensively that will give you a chance to win on the road. Our shot selection has improved a little bit, but we still have some work to do there. You’re not going to shoot 38-percent on the road and win against a sound team.”

Georgia was first on the board, but the opening five minutes of the contest belonged to the Commodores. Vanderbilt jumped out to a 10-2 lead just 4:54 into the game. Georgia couldn’t find its groove to open the contest as the Commodores built their lead to as large as 16 near the three-minute mark. The Bulldogs got solid production from Ogbeide on the offensive end, pouring in a career-high 11 points, as Georgia cut Vanderbilt’s lead to nine before halftime.

The Commodores opened up the second half with two consecutive baskets, but J.J. Frazier had seen enough. The junior guard dropped six quick points cutting Vanderbilt’s lead to seven. Kenny Paul Geno buried a three-point basket at the 12:42 mark bringing the Bulldogs within two possessions, but UGA wasn’t able to capitalize until several minutes later. A pair of Charles Mann free throws cut the lead to four midway through the half, but Vanderbilt responded with a 7-0 run to extend its lead back to 12 before the final media timeout. Georgia would get as close as ten points in the final three minutes, but it wasn’t enough ultimately falling, 80-67.

The Bulldogs hit the road again on Tuesday traveling to Auburn, Alabama to face the Auburn Tigers at 7 p.m. ET. The game will be shown on the SEC Network.