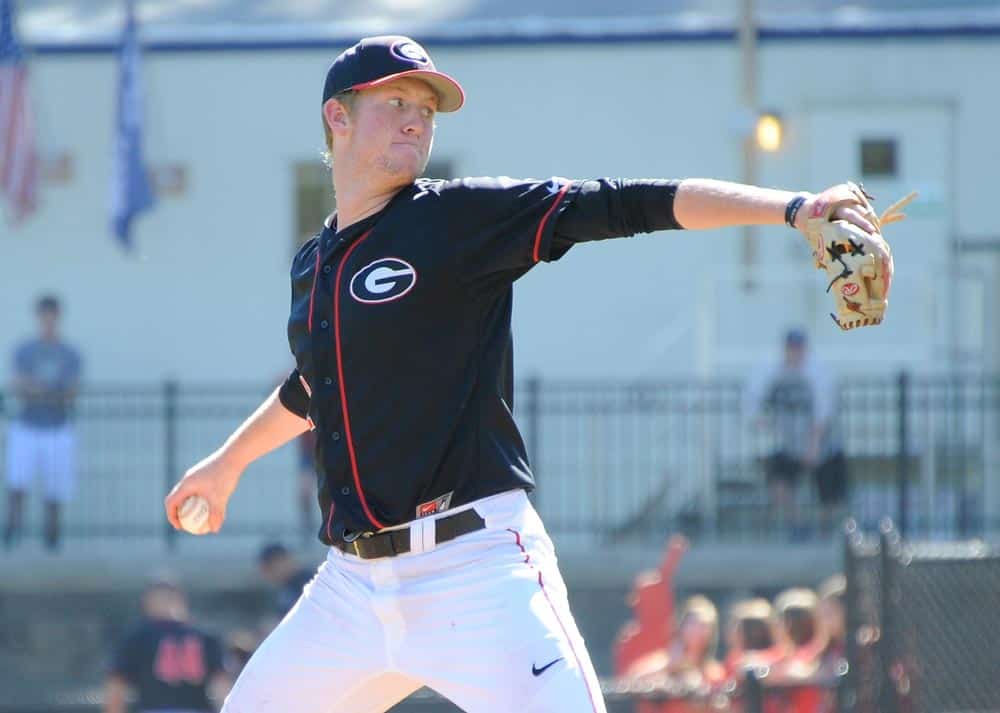 The Georgia Bulldogs kicked off their season at Foley Field in grand fashion, beating Georgia Southern 4-1. The optimism was certainly justified tonight, as the Bulldogs were clicking on all cylinders. Here are three observations from tonight’s game.

Georgia’s staff ace Robert Tyler truly showed what he’s made of. He is back healthy and ready to rock and roll. Georgia Southern had no answer for his pitching style, a balance of heat and finesse. Tyler struck out a career high 13 batters and only conceded one free pass through five innings of work. However, he had room to improve, despite a stellar showing. His curveball was not clicking, and his inaccuracy with the breaking ball lead to a great deal of wasteful pitches.

The hike in number of pitches is certainly not to fully be blamed on Tyler, as the Eagles could make very little contact. If he was able to continue on into the late stages of the game, his night could’ve been one for the record books. However, a small taste of his dominance shows how he can lead Georgia to greater heights. Tyler was certainly dominant tonight, but how he can impact the team throughout a season’s workload is yet to be seen, as well as if the rest of the rotation is able to follow his lead.

Coming into the opening series, there was a cause for concern as Stephen Wrenn was ruled out for the opening series due to a facial injury. However, opening night showed Georgia is possible of using the “next man up” mindset. Freshman Logan Moody stepped in for Wrenn, and makes an impact in his first official game for Georgia. Offensively, Moody laid down a bunt and hit a line drive single. That may not seem super impressive, but it effectively set up the top of the order, leading to RBIs from Nick King and Skyler Weber.

Before the season began, head coach Scott Stricklin say that five freshmen would play in some capacity in this opening series. However, it may have been unexpected for more than a couple of freshmen to start to kick off the campaign, nonetheless five. Stricklin shows great trust in his youngest players, and believes this recruiting class can have a special impact. Those freshmen have answered the call tonight, and expect them to be called upon in more meaningful and pressuring situations throughout the season.