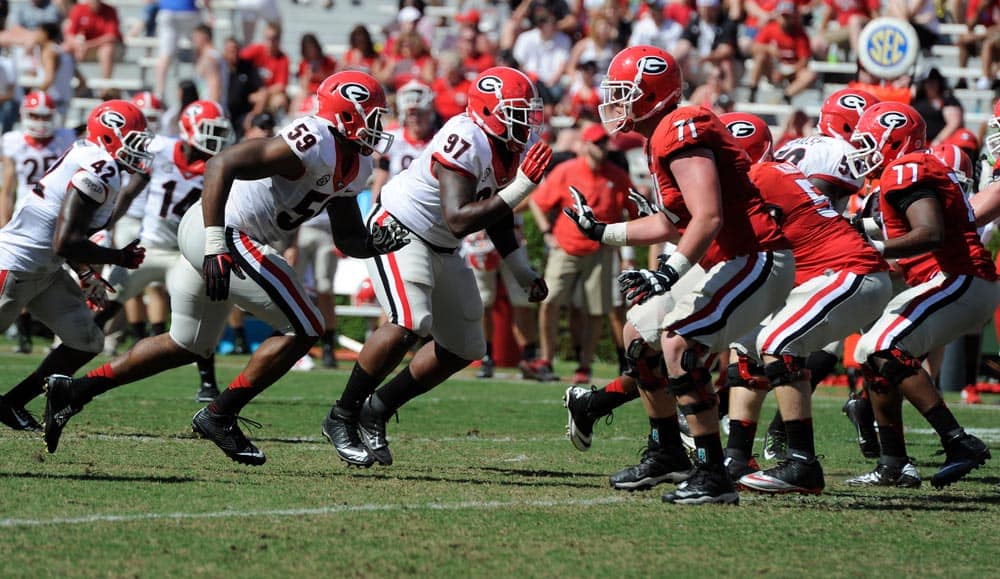 The 2016 Georgia Bulldogs G-Day Game will kick off at 4:00pm ET on Saturday, April 16, UGA confirmed today via their Twitter account.

Kirby Smart reiterated today that he wants 93,000 fans at the spring football game, which would blow away the previous record of 46,815 set in 2015.

The 2016 G-Day game will most likely be televised live by either the SEC Network or one of the other ESPN stations. An announcement should come in the next few weeks.

Kirby: "Our spring game will be a statement to the SEC." Will be April 16th.