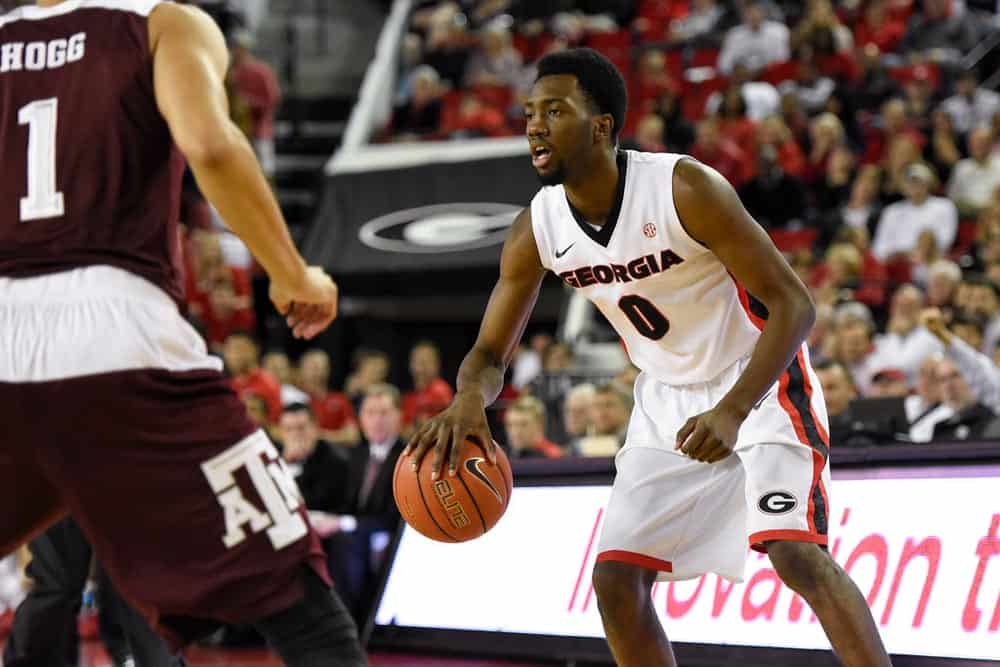 Georgia returns home where they hope to continue their regained momentum, after claiming their first road victory at Missouri on Wednesday. The Arkansas Razorbacks will come to town, on short rest after falling to Kentucky at home on Thursday. Despite their 9-9 record, they pose a balanced offensive attack and a team who is causing trouble throughout the early stages of conference play. Despite departures of Bobby Portis, Rashad Madden and Michael Qualls, they are not a team the Bulldogs need to take lightly. As we near tip time, let’s take a look at what Georgia needs to key on in order to tally an eleventh victory.

1. Have Physicality Down Low

Throughout the season, there have been many games where Georgia has been outrebounded, leading them to lessened success. It’s an aspect of the game in which you would expect Georgia to dominate, as the Bulldogs have a great deal of size up front. Yante Maten, Michael Edwards, Derek Ogbeide and Houston Kessler all have the size and skill set up front in order to crash the boards and gather rebounds. However, Georgia has lacked a great deal of physicality. They will need to be more physical throughout, starting tonight as Arkansas is a team in which struggles on the boards, as they got dominated by Kentucky in their last matchup, leading to their defeat.

Arkansas’ trademark is their press defense used right at the start of games, similarly to West Virginia’s style of defensive play. This poses a concern for Georgia’s offense as they have struggled to beat this swarming defensive style in the past, and the young players for Georgia have not seen the press very often. If Georgia can find success in beating the press, they will be able to find opportunities past halfcourt, as they could have an advantage in numbers on multiple occasions if they can get it past halfcourt.

The Charles Mann saga continues, as his senior campaign has brought along a great deal of disappointment. The lack of production stems from his lack of desire to drive in the lane. Despite it being his strong suit, he seems to believe he can have success by shooting the outside shot, and it simply hasn’t fared well for his success or the success of the team as a whole. Mann only tallied five points and shooting 2×11 from the field in the last matchup against Missouri, however his only two field goals were driving layups in the lane, serving as an example as to how he can bring success to the team if he utilizes his strong suit. In order for Georgia to see offensive improvement, Mann must take leadership and utilize his strong suit.

As previously stated, Arkansas poses a problem for Georgia due to their offensive balance. The players to watch for the Razorbacks are: Dusty Hannahs (16.2 PPG), Moses Kingsley (16.7 PPG) and Anthlon Bell (17.1 PPG). Each of these players have differing skill sets and can all score and produce for their team. The departures of Portis, Qualls and Madden have definitely been a blow to their success, but their second-tier players have had to step up and produce, and they’ve done just that and made some hay in SEC play.

Georgia will recognize the urgency of winning this game, but it won’t be easy. I’d look for Georgia to shut down one of Arkansas’ offensive weapons, and be able to have success against the press and minimize their turnovers. This is the game that Charles Mann definitely steps up and “raises the flag” for the Bulldogs.