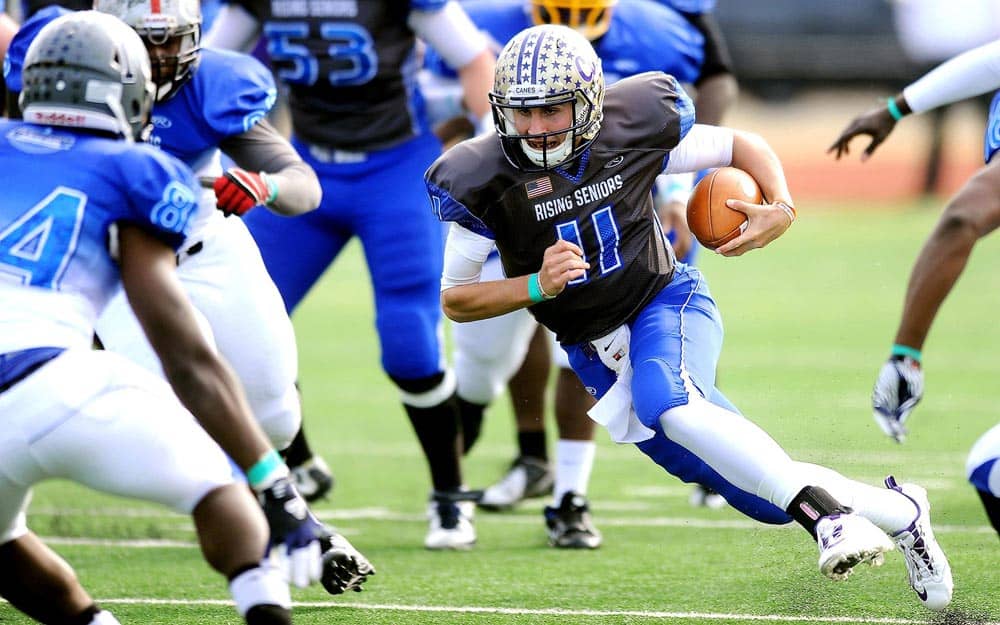 The best athletes in the recruiting class of 2017 will go toe-to-toe as they showcase their talents to some of the nation’s top college football programs. The Rising Seniors Georgia Junior Bowl game will be an opportunity for Kirby Smart and his staff to look further at his targets as they show why they are top-tier athletes who can make a difference in their future program.

There will be many targets for Georgia on display, and while some of these athletes are considering other programs, Georgia seems to be near the forefront.

Poole is one of Georgia’s most sought after defensive back targets for the 2017 class as he is known for being a lockdown defender, displayed throughout his junior season. Poole frequently displays his desire for UGA on social media, and many people believe the Bulldogs are a top option for him. He recently released his top five schools that he will consider: Florida State, Clemson, Georgia, Florida and Alabama. Poole is rated as a five-star recruit, and the top cornerback in the state. Take a look at what he brings to the table with his junior highlights.

Gibbs is also one of Georgia’s most coveted defensive targets, as he is also a five-star athlete and ranks second in the state, right below previously mentioned William Poole. Along with his defensive prowess, Gibbs also gets considerable offensive opportunities at the wide receiver position. He could serve as a lethal weapon offensively, creating a young core with Terry Godwin, giving future quarterback Jacob Eason another top target to throw to. Gibbs has not officially released a list of his top considerations, however some of his top schools include Georgia, Tennessee and Auburn. He would be a huge get for Smart and the Bulldogs, and should put on a show in the Rising Seniors game. Here’s what he has brought to the table for 6A power Peachtree Ridge.

LeCounte was Kirby Smart’s first commitment for the 2017 class as he began his tenure, and it could very well be a “home run” pickup. LeCounte is ranked as the nation’s number one “athlete”, as well as a five-star recruit. Georgia’s defensive back core has been quite lackluster the past few years. That will be soon to change as LeCounte along with Poole, Gibbs, Jaymest Williams and other potential targets could be making their way to Athens with NFL caliber talent. LeCounte will make things interesting in the Rising Seniors game as he opposes Poole and Gibbs, further showing that Georgia targets are well-represented. Here’s a look at what LeCounte brought to the table in his junior season.

Dixon brought some holiday cheer to Georgia fans as he was Smart’s third commitment, announced on Christmas Day via social media.

Proud to announce that I'll be continuing my 🏈 career at The University of Georgia 📣🐾🐶 #GoDawgs #MerryChristmas #Dab pic.twitter.com/KTwQf6v6SJ

Dixon will be a force to be reckoned with in the Rising Seniors game, as he shows what he can bring to Georgia in the coming seasons. He is ranked as the state’s 12th best linebacker, so certainly deserving of these high honors. Playing alongside Georgia target DeAngelo Gibbs, look what he brought to the table in his junior season.

The Rising Seniors game will certainly be one UGA fans will want to tune into as a great deal of the program’s future is on display. Other Georgia targets playing in the game include DE Malik Herring (Mary Persons, Team Dedication), RB Trey Sermon (Sprayberry, Team Dedication) and CB Jaymest Williams (Archer, Team Dedication).
Be sure to tune in to see these top athletes in action, as many of them could be future Bulldogs. The game will air on ESPN3.com and the WatchESPN app at 2pm.