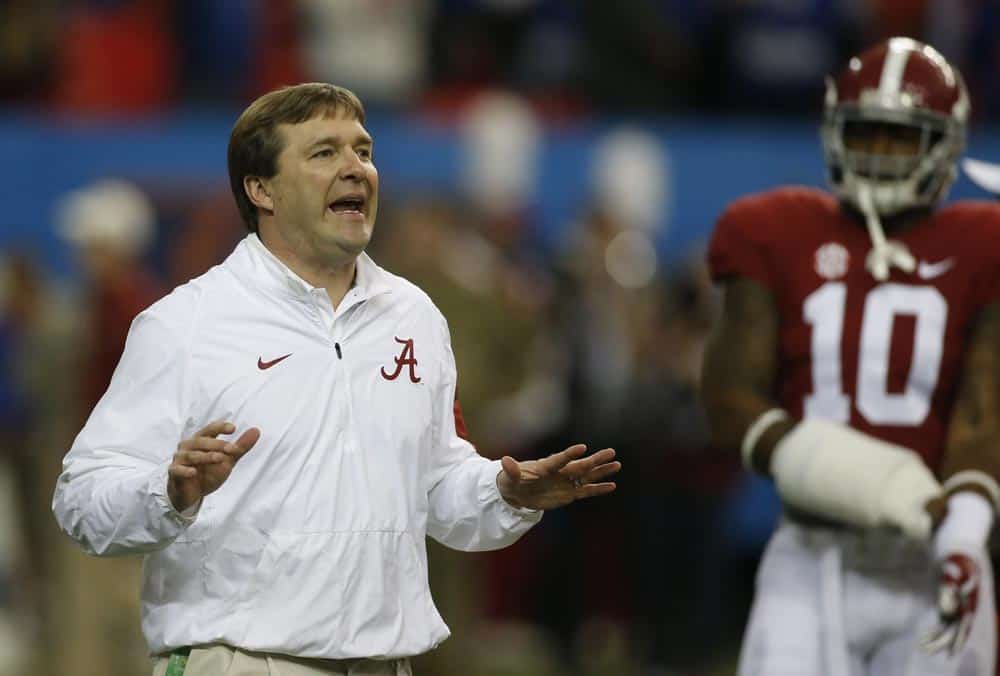 Kirby Smart’s hiring was announced today, and he will spend no time waiting to get to work. Smart will handle duties in Athens for the next several days before heading back to Alabama in preparation for the College Football Playoff.

Saban said Kirby Smart will handle Georgia duties for the next week or so, then return to Alabama and take part in bowl prep.

This is quite impressive, there aren’t many coaches that would assume both duties, especially with Alabama competing for a national championship.

Smart said in a statement via a press release, “It’s an honor and privilege to return home to the University of Georgia and my home state.” He seems to be anxious to get to work, and many Georgia fans should be ecstatic that he shows immediate dedication to the program.

His work at Georgia begins with a recruiting visit. We see Smart donning the red and black for the first time, as he heads north to visit 5-star offensive lineman commit Ben Cleveland (Stephens County HS, GA).

huge honor to be the first recruit he came to visit as a head coach. welcome back home coach pic.twitter.com/LDbQbGvhft