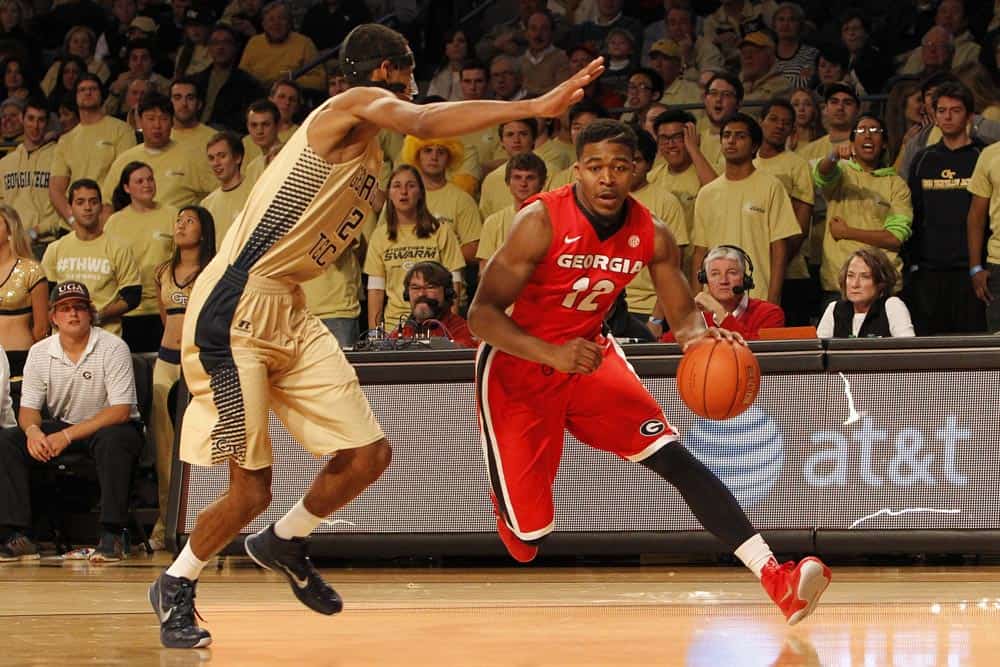 Clean Old-Fashioned Hate hits the hardwood today, and Georgia seeks revenge from a Georgia Tech team who has had their number recently. Georgia Tech head coach Brian Gregory has had Mark Fox’s schemes and gameplans mastered, leading the Yellow Jackets to victories in four consecutive seasons.

Tech features veteran, skilled big men in Charles Mitchell and Marcus Georges-Hunt. This will serve as a great showdown throughout the game as they will go toe-to-toe with Yante Maten and Derek Ogbeide. This game should be one that doesn’t disappoint, as both teams are fairly evenly matched and both fan bases will be on the edge of their seats.

As previously stated, Georgia Tech will need to utilize their size in order to win. Georges-Hunt is a spectacular post player and can score points down low in bunches. He is a great pairing with Mitchell who has a similar style of play, but specializes at crashing the boards, as he averages 12.8 rebounds per game.

A glass eater such as Mitchell spells trouble for Georgia, as they have significantly suffered in the rebounding category. The Yellow Jacket big men pair well with their experienced guard, Adam Smith. Georgia Tech definitely has more experienced players than Georgia, which could serve as an advantage, despite similar strength and weaknesses.

For some odd reason, Brian Gregory leads Georgia Tech to victories over Georgia, then finishes near the bottom of the ACC. Georgia cannot endure a loss to the Jackets, as their SEC slate will be tough for them and they are expected to finish in the middle of the pack. If the Bulldogs want to keep their NCAA Tournament aspirations alive, this game is a huge turning point this season.

Georgia matches up well with Georgia Tech, and can come out on top if they avoid mistakes. The Bulldogs have lost many games this season simply due to their inability to play mistake-free basketball. The goal of avoiding mistakes begins with good play from senior point guard Charles Mann. Being a senior, he must step up and become a team leader and back-court manager. We have yet to see this all come together. It is definitely vital in order for UGA to come out on top.

This is the beginning of Georgia’s tough schedule, as SEC play is around the corner. This is a great opportunity to regain momentum and get the Yellow Jacket bug off their backs. I look for Georgia to battle throughout, and place priority on this game. Because of that, look for Georgia to seal it in the final seconds and make it a day for Dawg fans to celebrate. Be sure to tune in on SEC Network at noon, as the Dawgs look to Wreck Tech.