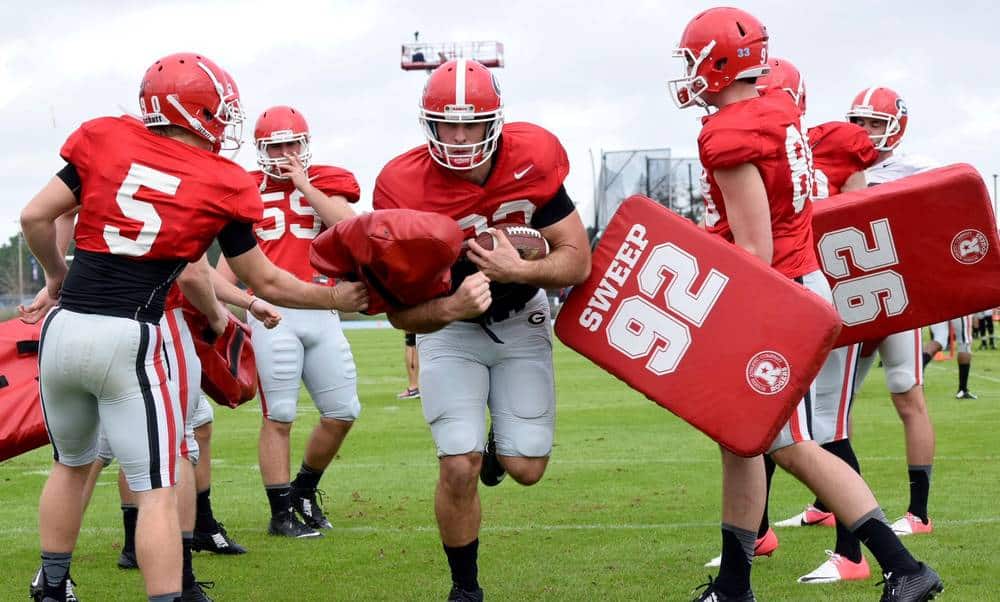 ATHENS, Ga. – The Georgia football team continued preparations for the TaxSlayer Bowl against Penn State by holding a two-hour workout in full pads at the University of North Florida’s Hodges Stadium on Tuesday.

Cloudy skies and temperatures in the low 80s greeted the Bulldogs as they arrived for their second consecutive morning practice. Georgia interim head coach Bryan McClendon and a handful of Bulldogs from the offense met with the media after practice.

“Everybody’s had good practices. Have they been perfect by anybody? Absolutely not. But the guys have gotten a lot better,” McClendon said. “We’ve had time during the bowl to basically sneak in a spring practice. We’ve had 13-14 days and spring is 15 so it’s a chance to do that. We’ve seen a lot of young guys come on and get more comfortable and more ready to play. Overall, everyone has done that for the exact same reasons.”

The Bulldogs have been able to visit nearby beaches and do some fishing the last couple of days. Tuesday’s schedule includes a welcome dinner, while the Bulldogs will visit a naval station on Wednesday.

“They’re having a good time,” McClendon said. “They understand the importance of why we’re here, but we’re letting them experience Jacksonville, which is a great city.”

“We can tweak the game plan up until the game,” McClendon said. “But the nuts and bolts, the whole schematic of what we want to try to accomplish, are in.”