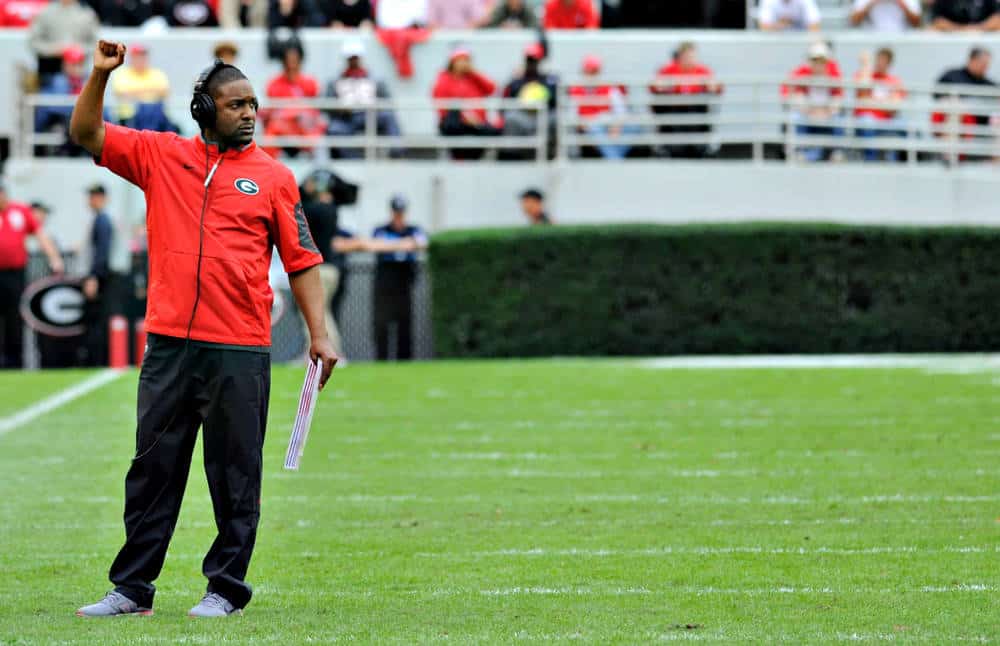 Mark Richt previously said that he wanted to coach Georgia in the bowl game, because he wanted to be with his guys as long as possible. However, those plans have changed as Richt has accepted a head coaching job with Miami which will be announced Friday at 10am and he will no longer be with Georgia for the game.

Richt notified his players at a Thursday team meeting that he will not be coaching them. In the interim, wide receivers coach Bryan McClendon will serve as the head man for Georgia. The news was first reported by WSB’s Zach Klein. McClendon has been with Georgia for numerous years and will finally get his opportunity.

I’ve  asked Bryan to assume all administrative duties of the head coach,” said UGA Director of Athletics Greg McGarity. “This will be the least disruptive option for our players and staff as they begin preparations for our bowl game.”

Another candidate to serve as the interim head coach was defensive line coach Tracy Rocker. Rocker and McClendon definitely have the experience and leadership to lead Georgia to a victory, but McClendon’s extended tenure with Georgia gave him that opportunity.

Could this be McClendon’s last game coaching for Georgia? That remains to be seen, he could very well follow Richt at Miami.