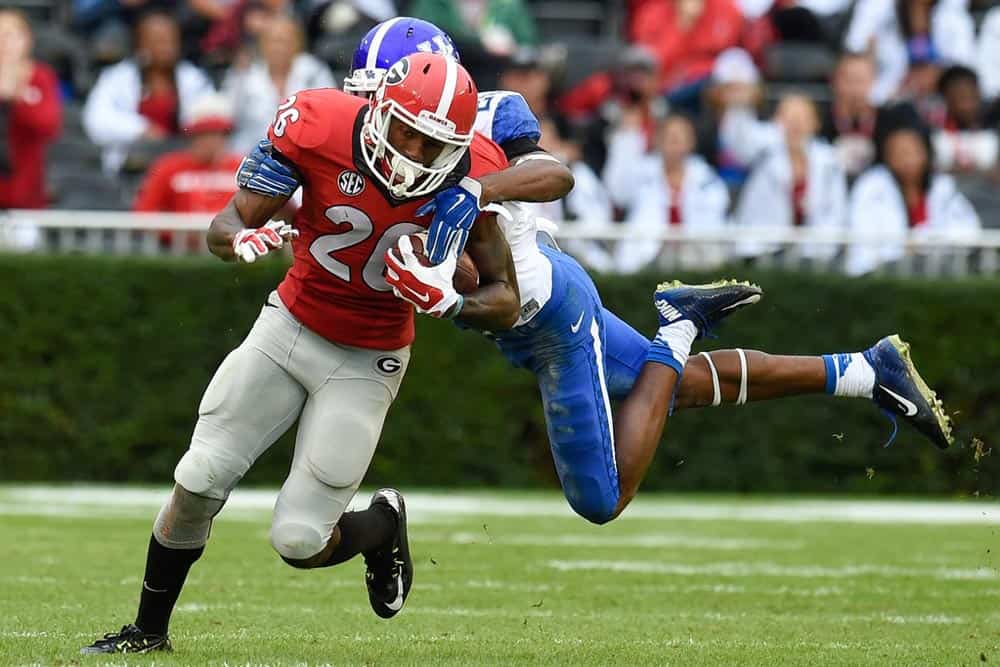 ATHENS, Ga. – Georgia senior receiver Malcolm Mitchell has been added to the Biletnikoff Award Watch List, according to an announcement from the Tallahassee Quarterback Club Foundation.

Mitchell is one of six players, including three from the Southeastern Conference, who was added to the list, which recognizes the season’s outstanding receiver in college football. Ten semifinalists will be named on Nov. 17 before three finalists are named on Nov. 24. The winner of the Biletnikoff Award will be announced on The Home Depot College Football Awards Show on Dec. 10.

Mitchell, a 6-1, 195-pound native of Valdosta, Ga., is the only non-lineman to start all of Georgia’s nine games on offense this year and is leading the team with 43 catches for 617 yards (68.6 yards/game, 14.3 yards/catch) and four touchdowns. The fifth-year senior has been the Bulldogs’ leading receiver in every game this season, including a season-high eight catches for 122 yards in the win over South Carolina.

For his career, Mitchell is ranked fifth in school history with 159 catches, seventh with 2,102 yards receiving and 11th with 15 career touchdown catches. He is also No. 2 on the SEC’s active list in those three categories.