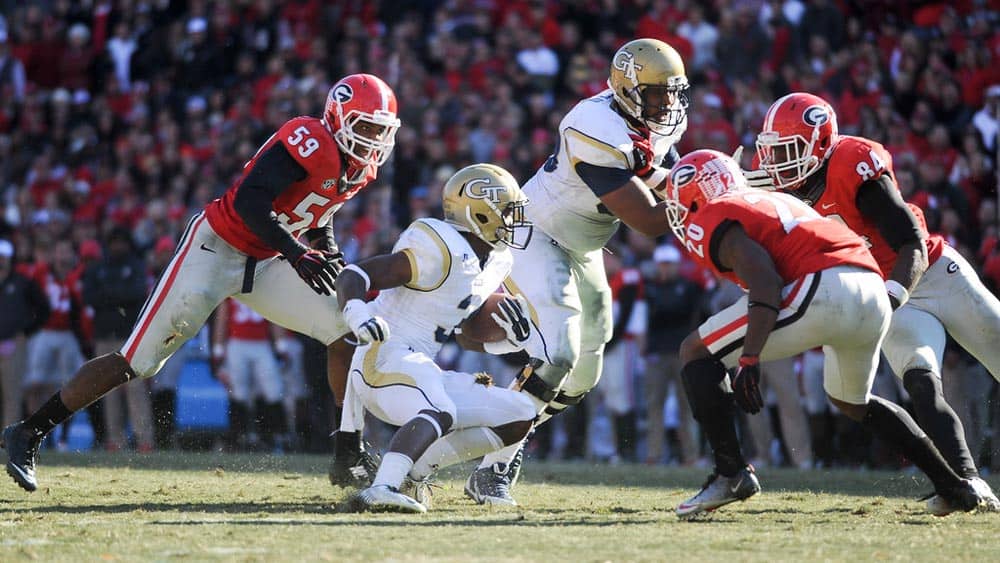 Georgia’s game in Atlanta against the in-state rival Georgia Tech Yellow Jackets on Saturday, Nov. 28 will be televised by ESPN2 at Noon ET, the SEC has announced.

UGA and Georgia Tech have met 109 times in a series dubbed “Clean, Old Fashioned Hate.” The Bulldogs lead the overall series 64-40-5 but lost last year in Athens 30-24 in overtime.

This will be the Bulldogs’ first appearance on ESPN2 this season. Georgia has appeared on ESPN once, the SEC Network four times, CBS five times, and ESPNU once.

Listed below is the full SEC football schedule for the weekend of Nov. 28.