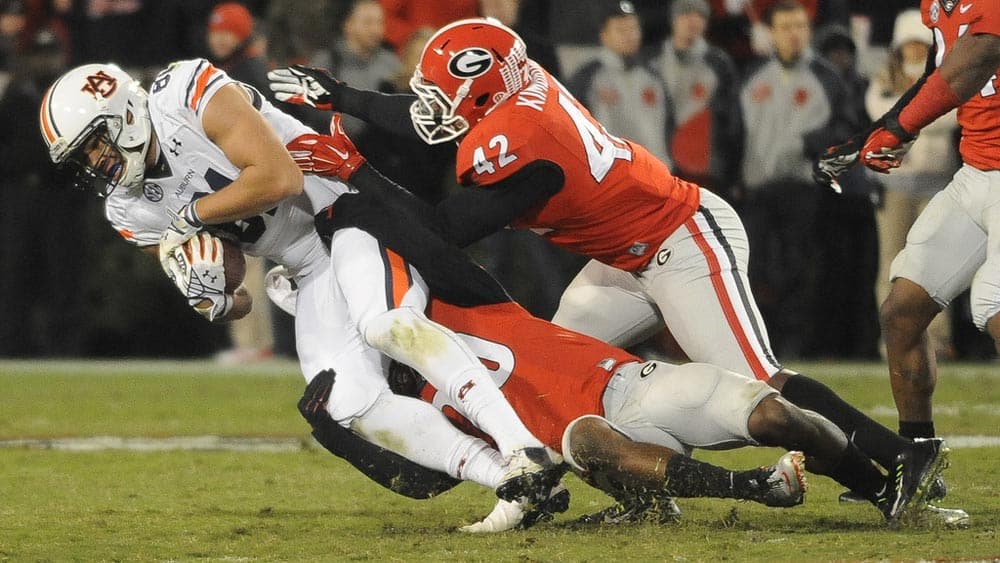 Georgia’s game at the Auburn Tigers on Saturday, Nov. 14 will be televised by CBS at Noon ET, the SEC has announced.

This will be the Bulldogs’ fifth appearance on CBS this season following games against Vanderbilt, Alabama, Tennessee, and Florida.

Listed below is the full SEC football schedule for the weekend of Nov. 14.