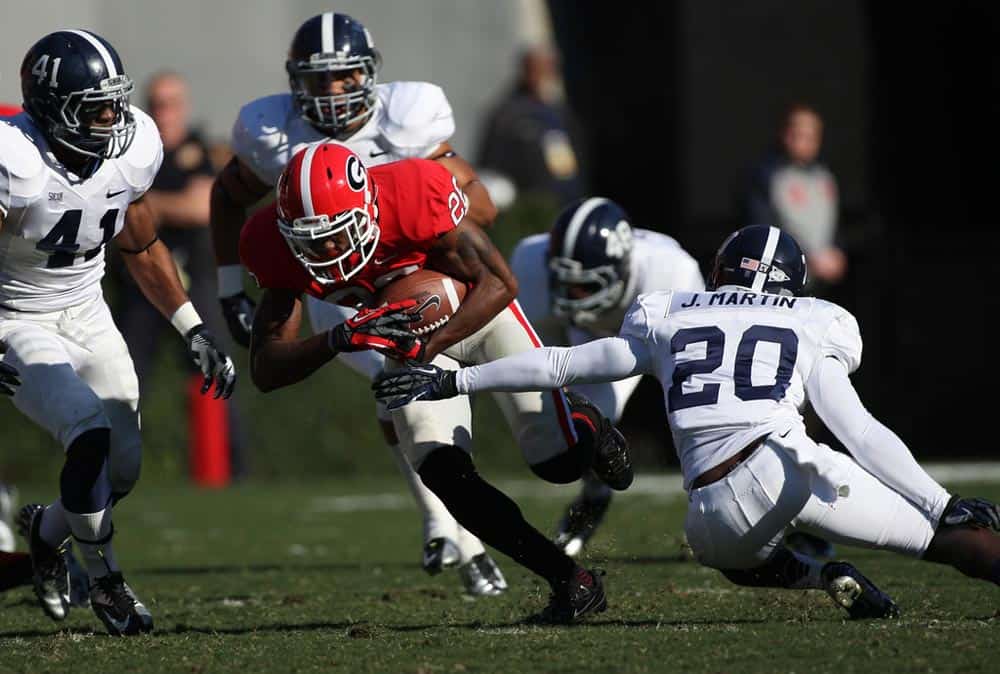 Georgia’s home game against the Georgia Southern Eagles on Saturday, Nov. 21 will be televised by ESPNU at 7pm ET, the SEC has announced.

UGA and Georgia Southern have met five times, all in Athens, and the Bulldogs have won each contest. In their last meeting in 2012, the Dawgs won 45-14.

This will be the Bulldogs’ first appearance on ESPNU this season. Georgia has appeared on ESPN once, the SEC Network four times, and CBS five times (including this week’s Auburn game).

Listed below is the full SEC football schedule for the weekend of Nov. 21.