Kentavious Caldwell-Pope: Rise to the NBA

Kentavious Caldwell-Pope: Rise to the NBA 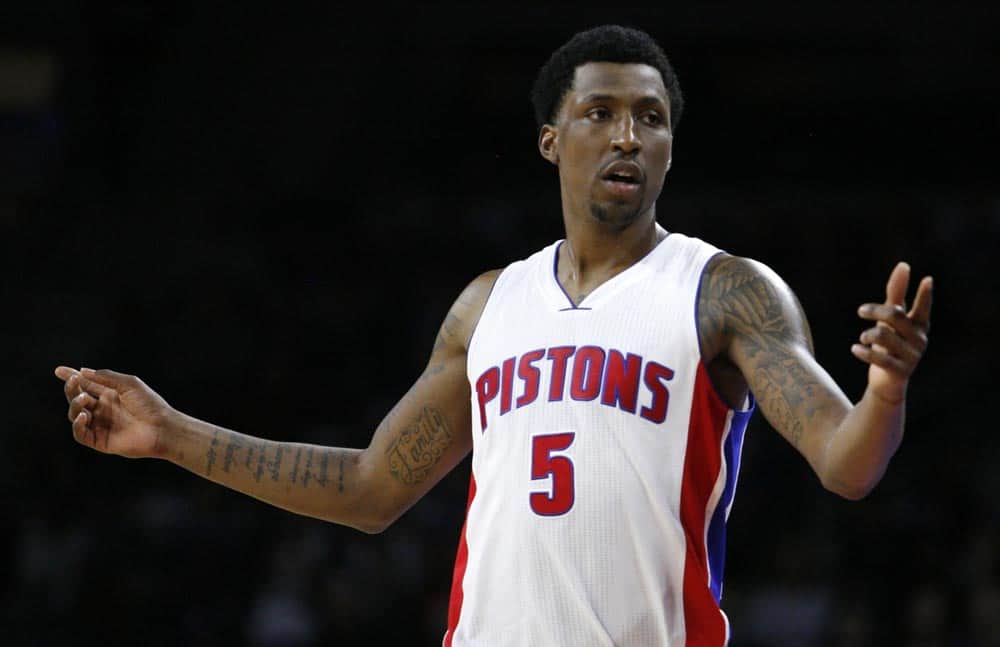 Kentavious Caldwell-Pope is definitely a name that will be in the Georgia Basketball history books for a very long time. Caldwell-Pope is one of the few highly regarded players out of high school that Fox has had in his tenure. From being named to the McDonald’s All-American Game to being ranked the nation’s #12 prospect by Rivals.com, many of those involved with Georgia Basketball knew they had found a hot commodity. He arrived in Athens in 2011 as a five star recruit and a player to be reckoned with in the SEC.

Georgia struggled as a program when Caldwell-Pope was in Athens, but he certainly wasn’t the one to blame. Over two seasons at Georgia, he averaged 15.8 points per game while playing 33.0 minutes per game. Along with those averages, Caldwell-Pope had a couple of outstanding performances, as his valiant efforts were very noticeable. In both of these performances, Georgia fell short, but Caldwell-Pope definitely made a name for himself.

In 2012, his freshman season, he totaled 25 points against Ole Miss in a 66-63 defeat. In his final game as a Georgia Bulldog, Caldwell-Pope had 32 points as Georgia just fell short to LSU 68-63 after being down by 20 at halftime. After the SEC Tournament defeat in 2013, Caldwell-Pope declared for the NBA Draft, and these two performances were a big part in his draft stock.

Caldwell-Pope was selected as the eighth overall pick in the 2013 NBA Draft by the Detroit Pistons. At the time, Detroit was a team having sub-par success, lacking key players, and an energetic “spark” in their lineup. Caldwell-Pope arrived in Detroit and certainly changed that. In his sophomore campaign, he started every game for the Pistons. KCP averaged 12.7 points per game, and his head coach Stan Van Gundy said he was the “best perimeter defender”. His style of play is one that many NBA teams desire. He is full of energy, consistently focusing on his task at hand and becoming one of the NBA’s best guards.

Caldwell-Pope has had the most success in the NBA since Jarvis Hayes, who was the tenth overall pick in 2010 by the Wizards. Jarvis’s twin brother, Jonas, is currently an assistant coach for Georgia Basketball. Caldwell-Pope is one of the most successful athletes in Georgia Athletics, as he is making statements in Detroit and on the rise to NBA super-stardom. We certainly wish KCP the best of luck as his days in the NBA will continue for many years. All Georgia fans should be proud to say he donned the red and black.