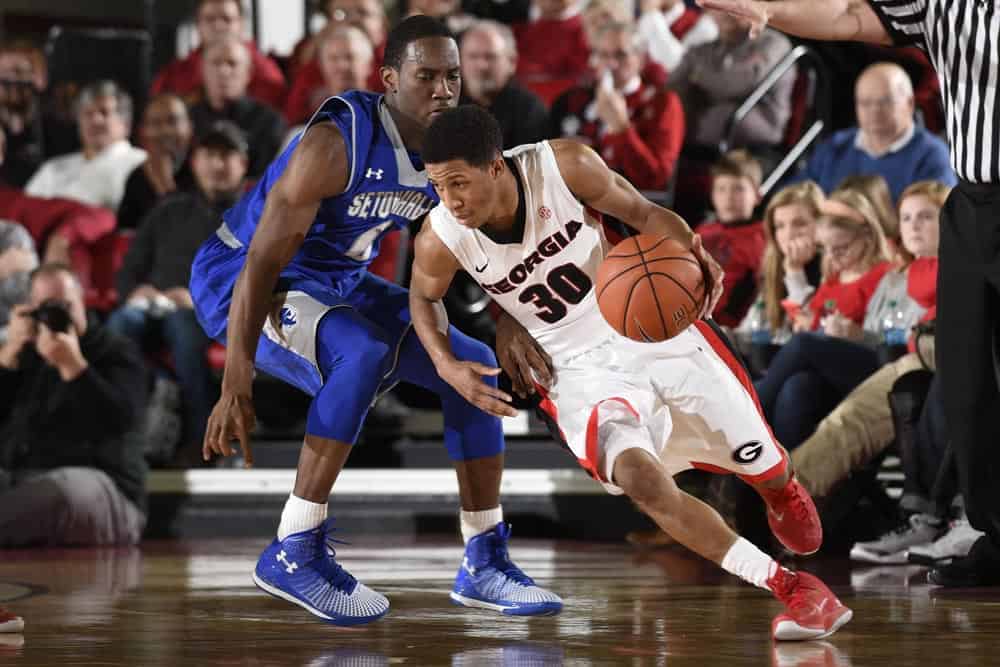 Georgia (2-1, 0-0 SEC) travels to Newark, New Jersey to face off against Seton Hall (4-1, 0-0 Big East) in their fourth non-conference matchup. Seton Hall possesses talent with star potential, which may make it difficult for Georgia to match up with. However, if Georgia shoots well they can come out on top and notch a crucial road win. This should make for an exciting primetime matchup between these two schools.

Seton Hall can win if they utilize their star talent. They are led by sophomore guard Isaiah Whitehead (15.8 PPG) and sophomore forward Angel Delgado (8.8 RPG). These two underclassmen must be effective against Georgia’s lockdown defense, and their supporting cast must be unselfish and blend together in order to play a brand of team basketball. Seton Hall’s free throw shooting has been very inconsistent this season. As we know, teams must be competitive at the strike in order to be effective. If the Pirates talent performs to their potential and their role players do their job, they will come out on top against a young and depleted Georgia team.

Georgia will need to do a lot to win as this will be far from an opportunity for an easy win. As we have seen throughout the season, their shooting performances have been abysmal versus less than stellar defenses. This must improve drastically in order to give the Bulldogs a fighting chance against Seton Hall.

A team effort is necessary, not only one player shooting well. Georgia may need to shoot around 40% in order to have a chance, as I think that would be a big improvement. In Georgia’s game against High Point we saw two positives, a big improvement at the stripe, especially from senior guard Charles Mann, and a continuation of their lockdown defense against an impact player. This must continue along with an improvement in order for Georgia to record their third victory.

A big stabilization piece may be returning for Georgia, as freshman big man Derek Ogbeide (shoulder) is listed as a game-time decision for tonight’s game after missing the first three games. Coach Mark Fox said Wednesday that Ogbeide was “close” to returning, and I think two days may not be enough time to expect a return. Therefore, I’m not getting my hopes up for him to make an impact, but he has immense potential to the rotation. We will have to wait and see if it’ll be tonight or a later date.

Juwan Parker (achilles) is still expected to be out for quite sometime, as the specifics of the injury are unknown. The depletion of Georgia’s rotation will serve as a disadvantage for them tonight, as Geno and Kessler will once again be expected to step up in a bigger role than they are capable of.

I’m sure this prediction won’t be popular with Georgia fans. Their depletion and their offensive stability may make it too hard in order for them to come out with the difficult road win. Seton Hall’s talent with Isaiah Whitehead, Angel Delgado and supporting cast will be too much for Georgia’s inexperienced frontcourt. I certainly hope I’m wrong, as I think Georgia hangs around for 30 minutes but falls 64-54.