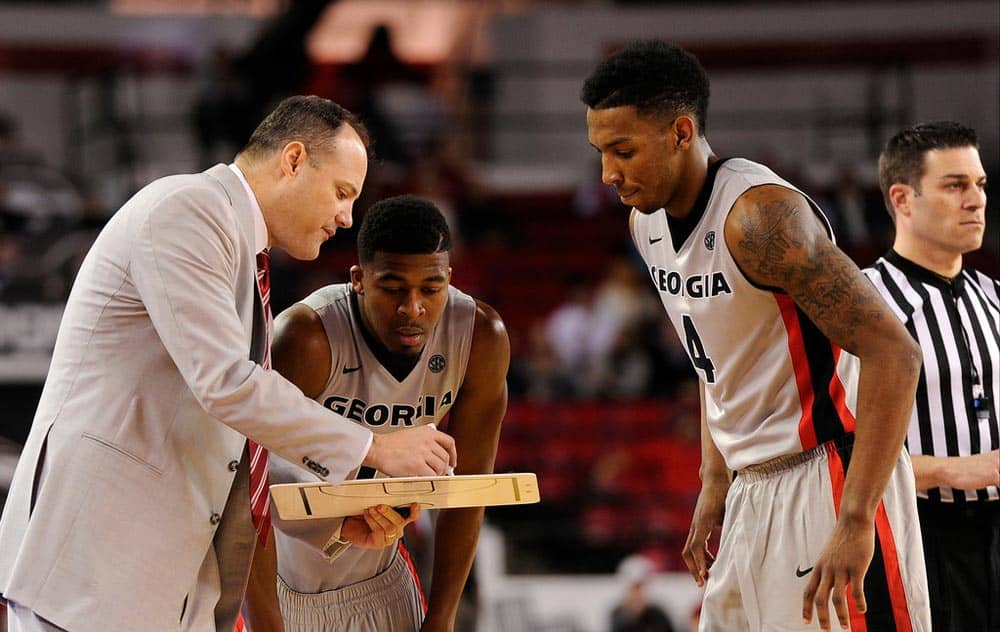 ATHENS, Ga. – Georgia seniors Kenny Gaines and Charles Mann were voted to the preseason first team in balloting of league coaches announced by the league office on Thursday.

Gaines and Mann become just the second duo of Bulldogs to earn first-team preseason honors from league coaches since the recognition began prior to the 2004-05 season. Travis Leslie and Trey Thompkins were also first-team selections prior to 2010-11.

Gaines, a 6-3, 205-pound Atlanta native, was the Bulldogs’ top scorer in SEC play a year ago while averaging 11.9 ppg and was No. 21 in the league in overall scoring (11.7 ppg). He led Georgia in scoring eight times, including one-third of the Bulldogs’ SEC contests. Gaines started 29 of 31 games played in 2014-15 and missed only two contests despite a preseason illness, an early-December shoulder sprain and a late-season foot sprain.

Mann, who is 6-5, 215-pounds and from Alpharetta, also was named first-team preseason All-SEC by league coaches prior to last season. He is the first Bulldog ever to repeat as a preseason first-team honoree. Mann started 32 of 33 games played and was one of only two players on Georgia’s injury-plagued roster to play in every game during 2014-15. He notched a team-high 21 double-digit scoring outputs and finished the season ranked among league leaders in scoring (No. 24 at 11.2 ppg) and assists (No. 10 at 3.6 apg).

Georgia opens its 2015-16 season tomorrow night when the Bulldogs host Chattanooga at Stegeman Coliseum at 7 p.m. Gaines and Mann are two of nine returning letterwinners who led Georgia to a 21-12 finish and an NCAA Tournament bid last season. They also have helped the Bulldogs post back-to-back 20-win seasons for just the third time in program history.

Single-game tickets for Georgia Basketball are $15 and can be purchased in advance at the UGA Ticket Office in the Butts-Mehre Heritage Hall from 8:30-4:30 on Monday-Friday, by calling the ticket office at 877-542-1231 or online by clicking here. In addition, single-game tickets go on sale at the Stegeman Coliseum box office at 5 p.m. for games from Monday-Friday and one hour before tipoff for Saturday contests.

All UGA students are admitted to home games free of charge with valid UGA ID at the student gate beginning one hour before tipoff.