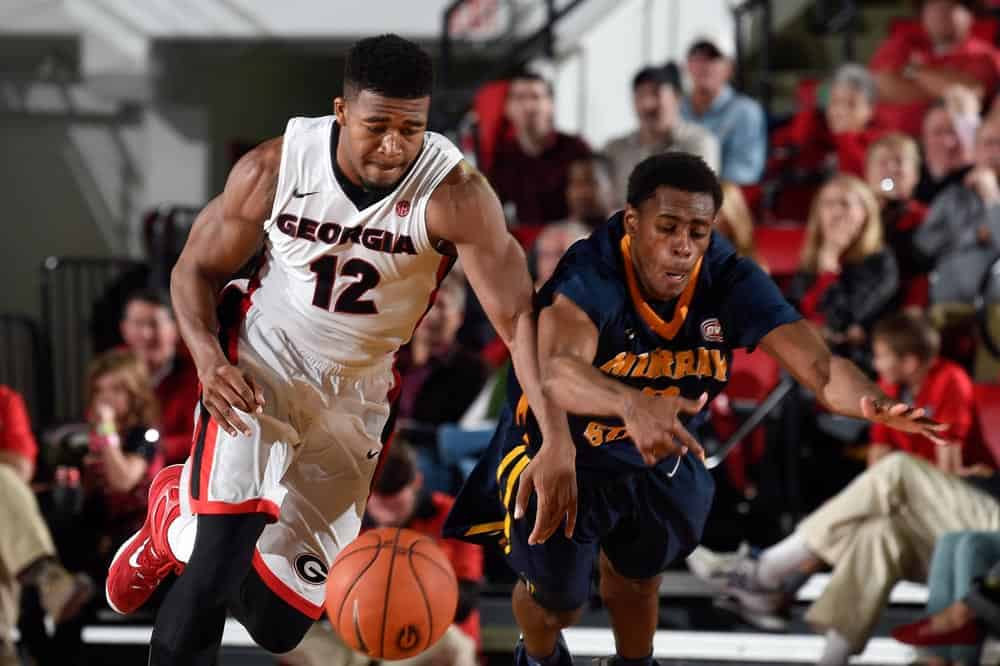 The win served as the first of the 2015-16 season for the Bulldogs (1-1) and the first loss of the year for the Racers (2-1). Gaines’ 35 points marked the first time a UGA players has topped the 30-point barrier since J.J. Frazier scored 37 against Mississippi State last season.

Gaines blew the game open with just under two minutes to go drilling a trio of three pointers to put the Bulldogs up 57-52. Gaines hit seven three-pointers and went 8-10 from the charity stripe en route to his career high.

“Obviously Kenny Gaines had a career-night because he played within himself,” head coach Mark Fox said. “He was very disappointed in his play the first game. Our defense was much better. We took better care of the basketball. Quite frankly we had more time to reinvent ourselves without Juwan and Derek. We were more comfortable tonight than we were the first time out. It’s good to beat a very good Murray State team who is going to win a lot of ball games. That’s a good win.”

Georgia got off to a quick start in the first-half building a lead as large as 10 points. Hot shooting from Kenny Gaines put the Bulldogs up 19-9, but the Racers slowly gained ground, eventually taking the lead at 27-26 with just under a minute to play in the first-half. Gaines hit another three-pointer to give the Dawgs a 29-27 lead at the break. The senior led all scorers in the half with 13 points.

Georgia held Murray State to just 27.6-percent shooting from the field in the second-half and only 30.4-percent overall on the night.

The Bulldogs return home on Wednesday to host High Point University at 5 p.m. ET at Stegeman Coliseum. The game will be nationally broadcast on ESPNU.