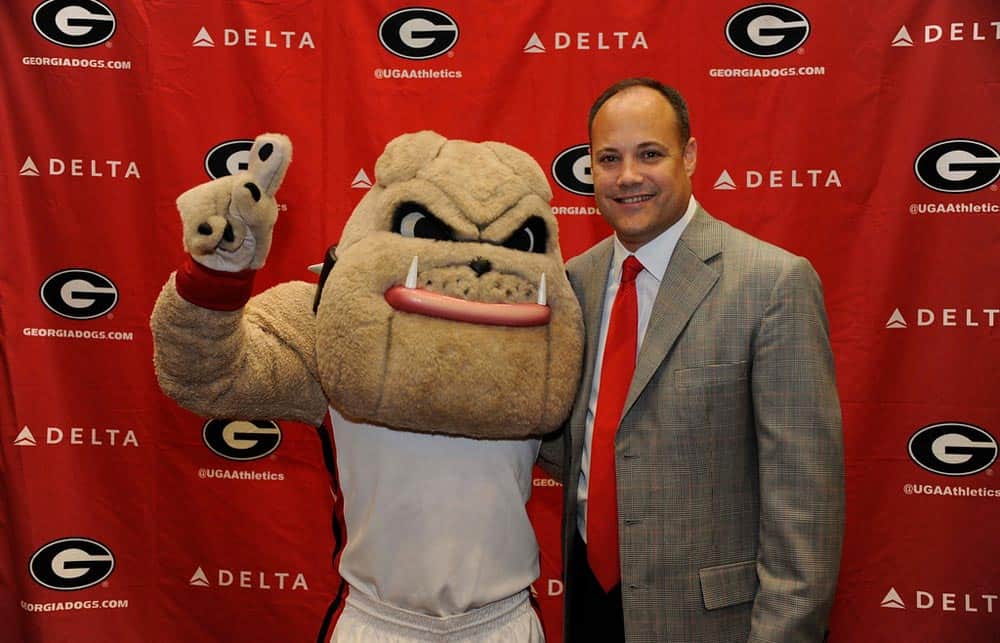 Both Crump, who attends Bainbridge High School, and Harris, who is from Seminole County High School, inked their papers on the first day of the NCAA’s weeklong early signing period.

“We are excited to welcome both Tyree and Jordan into our program,” Fox said. “They are both very talented basketball players from the state of Georgia who have grown up as fans of UGA and will now have the opportunity to play for the Dogs. We expect both of these guys to be great additions to our team.”

Crump (6-2, 175) was named first-team All-State for Class 4A by the Atlanta Journal-Constitution as a junior after earning second-team recognition for Class 5A as a sophomore. Last season, Crump averaged 22.6 points, 4.7 rebounds and 3.3 assists per game for the Bearcats. That followed his averaging 22.4 points, 4.7 rebounds and 2.1 assists per game as a sophomore when Bainbridge reached the quarterfinals of the state tournament. As a freshman, Crump contributed 14.3 points per game.

“Tyree is a very good athlete and has demonstrated a great ability to shoot and score,” Fox said. “He is a very competitive young man who we certainly think will have a positive impact on our program in the very near future.”

Harris (6-5, 175) was named 2015 Georgia Player of the Year for Class 2A by both the Georgia Sports Writers Association and the Atlanta Journal-Constitution after leading Seminole County to a state championship. Harris has been named All-State three times. He was a Class A honorable mention selection as a freshman and a second-team choice as a sophomore before Seminole County moved to Class 2A in 2014. Last season, Harris averaged 27.4 points, 11.2 rebounds, 7.2 assists, 3.6 steals and 1.9 blocks per game for the Indians.

“Jordan brings an element of length and athleticism into our program that we are very excited about,” Fox said. “He has the ability to play multiple positions and we love the fact that he led his high school team to a state championship last year.”

Georgia opens its 2015-16 season this Friday night when the Bulldogs host Chattanooga at 7 p.m. at Stegeman Coliseum. Georgia finished 21-12 overall and 11-7 (t-3rd) in the SEC last season, earning at at-large bid to the NCAA Tournament. The Bulldogs are coming off back-to-back 20-win seasons for just the third time in UGA’s 110 years of basketball. Georgia is in the midst of its winningest three-year stretch in SEC play ever (32 victories) and is one of only two league teams to earn a top-4 seed for each of the past two SEC Tournaments. Fox is beginning his seventh season in Athens. He has led the Bulldogs to three postseason bids (two NCAA and one NIT) and three 20-win campaigns, second-most among Georgia’s all-time head coaches to only Hugh Durham’s four 20-victory teams during his 17 seasons at UGA.