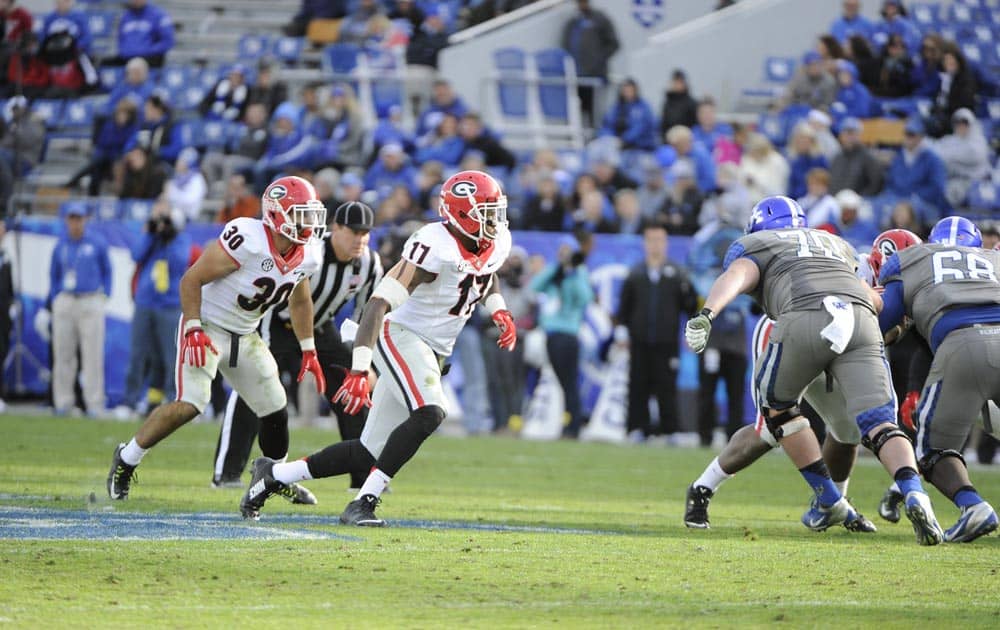 Georgia and Kentucky will face off Saturday in a game for bowl eligibility. Both teams have struggled throughout the past month, and something simply has to give in this matchup. There have been some interesting storylines this week for both teams, creating intrigue for the game.

Georgia’s coaching situation is in the midst of a debacle. Throughout the season, many Georgia fans have called for the end of the Mark Richt era, as have many writers around college football. In addition, USA Today reported on Thursday that issues have circulated with defensive coordinator Jeremy Pruitt and his relationship with the staff. Georgia has had to come together and “Fight” when they need support the most.

Why Georgia Wins
Georgia wants to put the coaching issues to the side and focus on winning this game. They also haven’t figured out the quarterback situation. Georgia will reportedly split reps between Greyson Lambert and see who has the “hot hand”. Quarterbacks have been inefficient this season for Georgia, so in order to have success they must implement run game before having to desperately rely on the pass game. If Georgia plays with the pressure off, they should be able to take advantage of Kentucky’s mistake-laden defense and post their sixth win of the season.

Why Kentucky can Win
Kentucky will look to get quarterback Patrick Towles in a groove against Georgia’s depleted secondary. The Wildcats will be without their potent running back, Stanley Boom-Williams. His absence will hurt Kentucky, but they possess another weapon in wide receiver Dorian Baker. If they minimize mistakes on defense, and take advantage of Georgia’s weaknesses both behind center and in the secondary, they can be victorious and make the flight back to Lexington a happy one.

Prediction
I believe Georgia ends their struggles, and finally gets in the end zone Saturday afternoon. Kentucky has given up a lot of points against average opponents the past couple of weeks. Their struggles are worse off than Georgia’s, believe it or not. The wet field will make the game closer than many think, as Georgia is a 14 point favorite. We may see some sloppy play, but I look for Georgia to get to their sixth win, narrowly, by a score of 27-23.