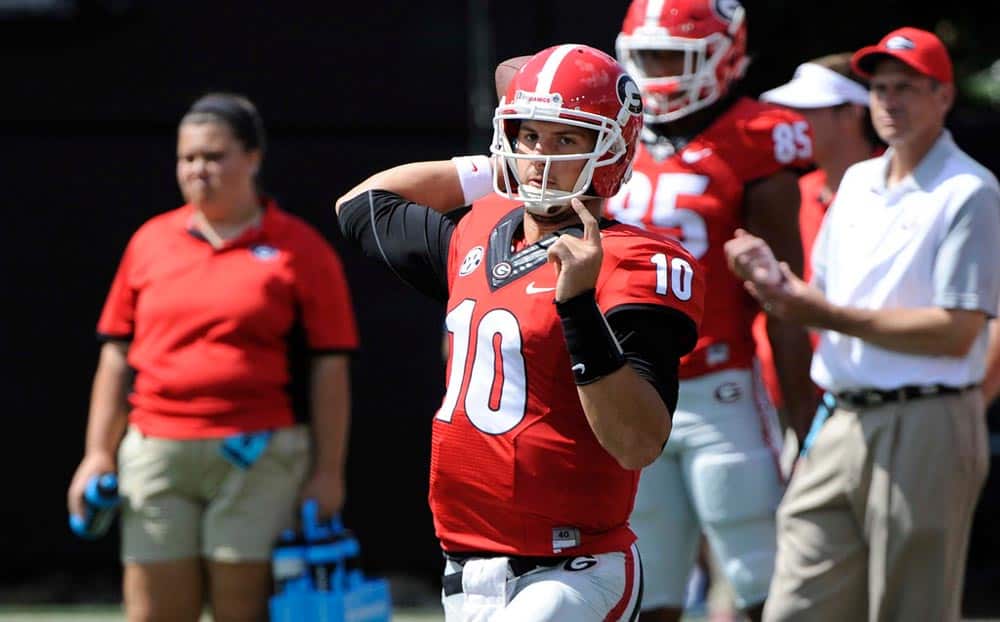 Junior quarterback Faton Bauta will start at quarterback against the Florida Gators on Saturday, according to a report by GridironNow.com.

The report is by Mike Huguenin. Before you start saying the source is bogus, GridironNow also employs Tony Barnhart, an expert in SEC football that previously worked for the AJC and other reputable outlets.

Georgia has struggled so far this season with junior Greyson Lambert at the helm. Although Lambert has led UGA to a 5-2 record, the offense has been lackluster the past three weeks.

Heading into the bye week, head coach Mark Richt stated that he would use it as a “mini Spring-ball.”

“The big thing is we want to get back to working fundamentals, and competition too,” Richt said. “We’re gonna let everybody know that it’s kind of like a mini-spring ball this week, in regard to everybody getting opportunity to get work, and get a chance to show what they can do again.”

Based on the report, it looks like Faton Bauta showed the coaches enough to earn the start on Saturday against rival Florida.

Redshirt sophomore Brice Ramsey has apparently been unable to move up the depth chart. In his most significant action this season against Alabama, Ramsey was 1-for-6 with 2 interceptions.

Georgia and Florida meet on Saturday at 3:30pm ET on CBS. If in fact Faton Bauta is starting for the Dawgs, we’ll see exactly what he can or cannot do.