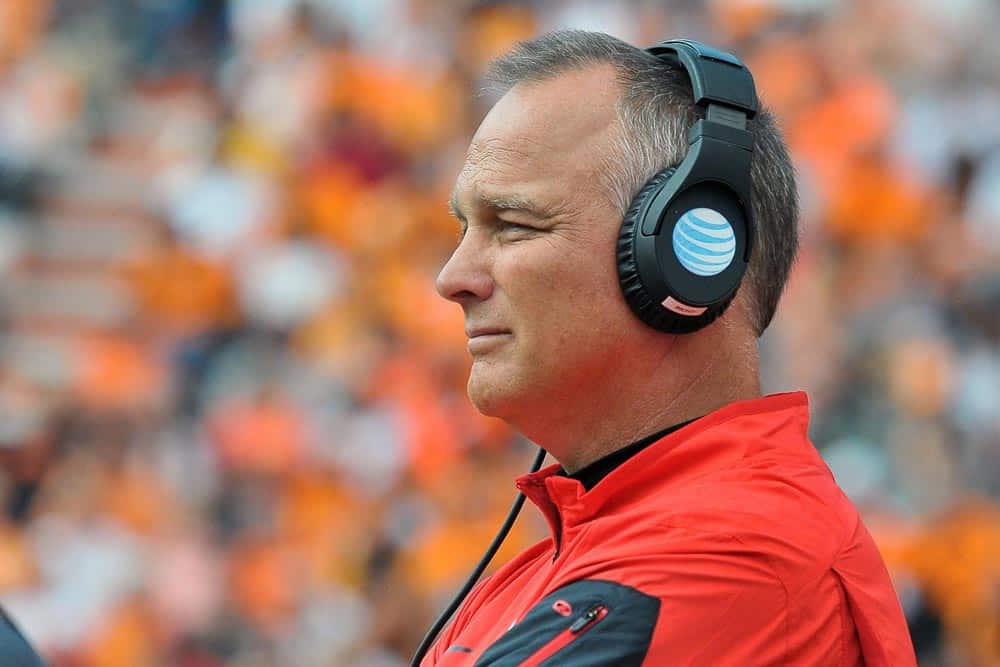 Today at his weekly press conference, UGA head football coach Mark Richt addressed the speculation around his name being tied to the Miami job.

“I don’t think much of it, really,” Richt said. “I love my alma mater, the U, no doubt about it, but there’s been nobody calling or writing or texting or anything like that. I’m sure they’ll find a great coach.”

Richt has been mentioned as a potential candidate for the Miami job by several national sportswriters, including Dan Wolken of USA Today.

Mark Richt played quarterback for the Miami Hurricanes from 1979 to 1982. He graduated from the U, but has never coached there. He coached at Florida State from 1985-1988 as a graduate assistant and then as the quarterbacks coach (1990-93) and QB coach/offensive coordinator (1994-00).

Miami’s head football coach, Al Golden, was fired after 4.5 seasons at the helm. On Saturday, Golden’s Hurricanes were thrashed by Clemson 58-0 at home.