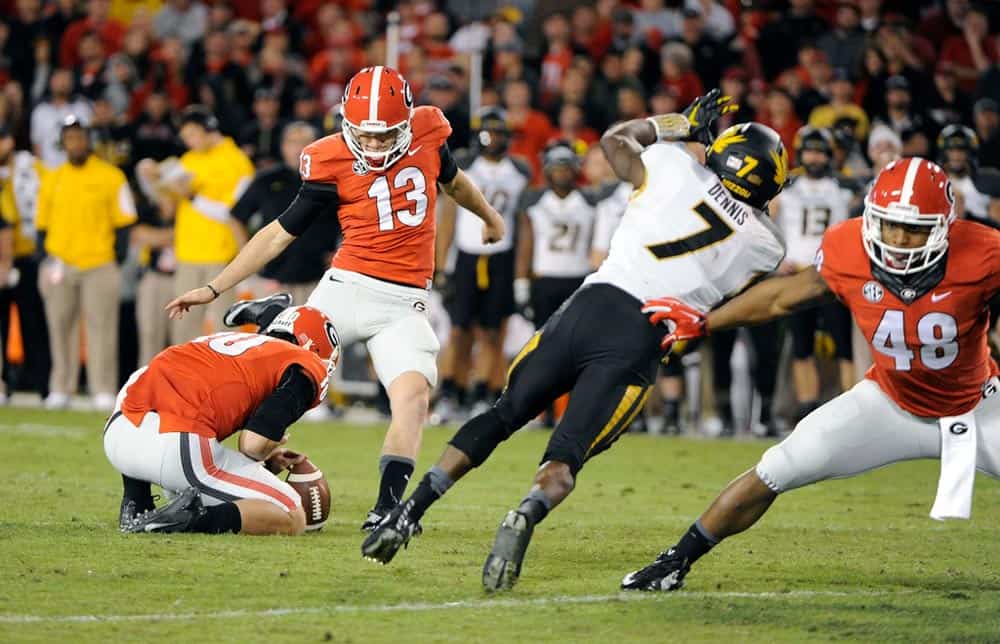 ATHENS, Ga. – For the second consecutive week, a Bulldog has earned the Southeastern Conference Special Teams Player of the Week award following the announcement of senior Marshall Morgan winning the honor on Monday.

Last week, junior Reggie Davis was named the league’s Special Teams Player of the Week following his performance at Tennessee.

This marks the fifth SEC weekly award for the Bulldogs this season, including sophomore Isaiah McKenzie also earning the Special Teams Player of the Week following the win at Vanderbilt. Morgan earned the award three times before during the 2013 season.

Morgan, a native of Ft. Lauderdale, Fla., connected on three field goals and for the first time since 1995, Georgia won without scoring a touchdown as it posted a 9-6 victory over Missouri.

Morgan made a game-winning 34-yarder with 1:44 left and this marked his second career game winner to go with a 42-yarder to win at Tennessee in overtime in 2013. Morgan, who owns the SEC record for the most made PATs at 206, is tied with Tennessee’s Jeff Hall for fourth on the SEC all-time scoring list with 371 career points.