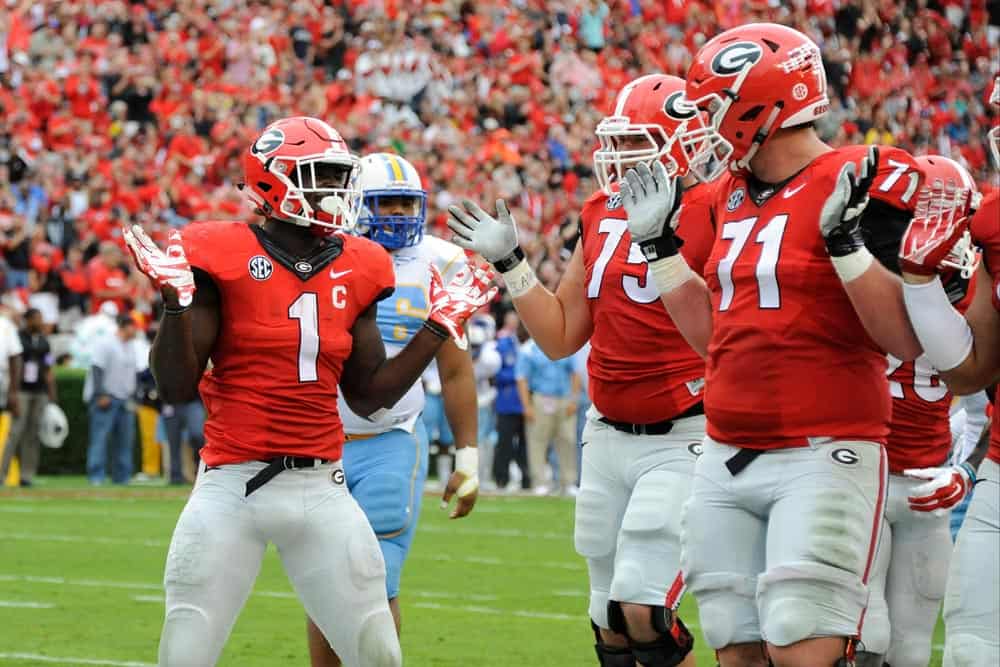 Today, the 19th-ranked Georgia Bulldogs travel to Knoxville to face the Tennessee Volunteers. The game will be televised by CBS at 3:30pm ET.

Georgia is 4-1 (2-1 SEC) on the season, but is coming off of an embarrassing 38-10 defeat at home at the hands of the Alabama Crimson Tide.

Tennessee comes in to the game on a two-game losing streak. Overall, the Volunteers are 2-3 and 0-2 in the SEC.

With a win today, head coach Mark Richt would move one game ahead of Wally Butts with 141 victories at UGA. That would make Richt second behind only Vince Dooley.

Nick Chubb has rushed for 100+ yards in 13 straight games and has tied Herschel Walker’s record. With a 100+ against the Vols, Chubb would move into first place by himself.