Bulldogs focus on another SEC rival

Bulldogs focus on another SEC rival 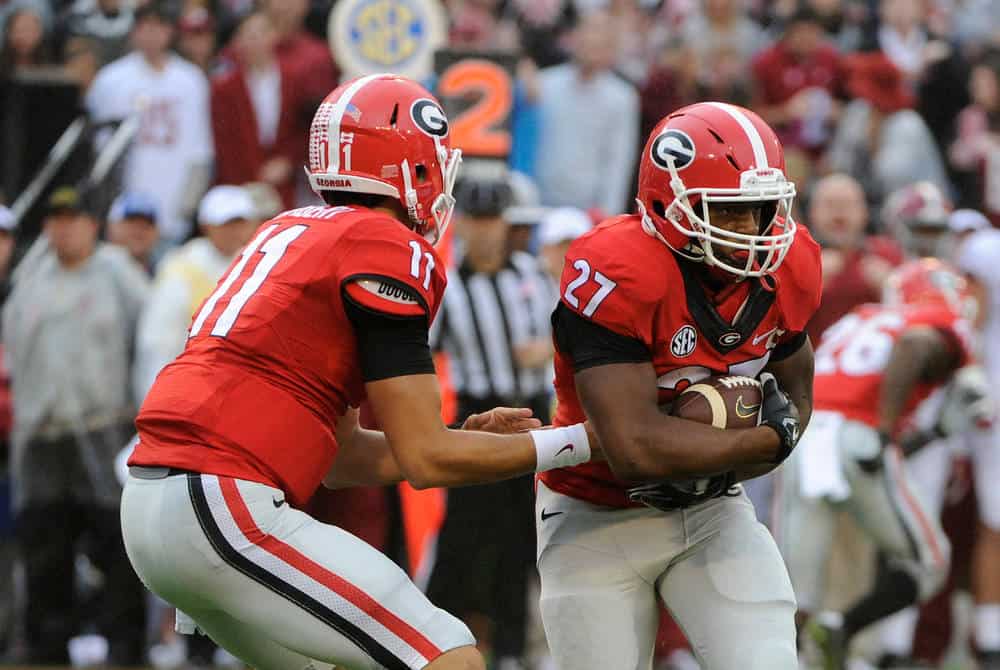 ATHENS, Ga. – The 19th-ranked Georgia Bulldogs conducted a two-hour practice in full pads Tuesday as they prepare for another SEC road test at Tennessee.

“We’re ready to move forward, and when you start putting the work in and there’s certain deadlines you’ve got to meet, you just start focusing on the next game, and that’s exactly what we’ve done,” Georgia coach Mark Richt said at his weekly Tuesday press conference.

Richt added that the Bulldogs are preparing to face one of the league’s top quarterbacks in Tennessee junior Joshua Dobbs.

“Tennessee has got some great athletes, and Josh Dobbs is one of them,” senior linebacker Jordan Jenkins said. “He’s a big guy, but he can move around. He’s quick and can break through tackles. You just really have to keep your eyes on his waist and try your best to bring him down.”

After Tuesday’s workout, offensive coordinator Brian Schottenheimer met with the media and commented on the crowd noise the Bulldogs will be facing at Neyland Stadium with a capacity of 102,455.

“You prepare for it but you don’t worry about,” Schotttenheimer said. “We have to play consistent. We know we’re going to be facing a very athletic group on the field and a heavy eight-man front. They have started fast this year. They get in your face and challenge you.”

The Volunteers led No. 19 Oklahoma 17-0 in the first half a few weeks ago in Knoxville and had a 14-0 advantage in the first quarter on Arkansas at home last week but saw the visiting teams ultimately rally back for a victory.

The Bulldogs (4-1, 2-1 SEC) face Tennessee (2-3, 0-2 SEC) Saturday, and the game will kick off at 3:39 p.m. It will be televised nationally by CBS. The broadcast team will feature Verne Lundquist (play-by-play), Gary Danielson (analyst) and Allie LaForce (sidelines).